In this worksheet, students will learn to prove the theorems they have been working with. 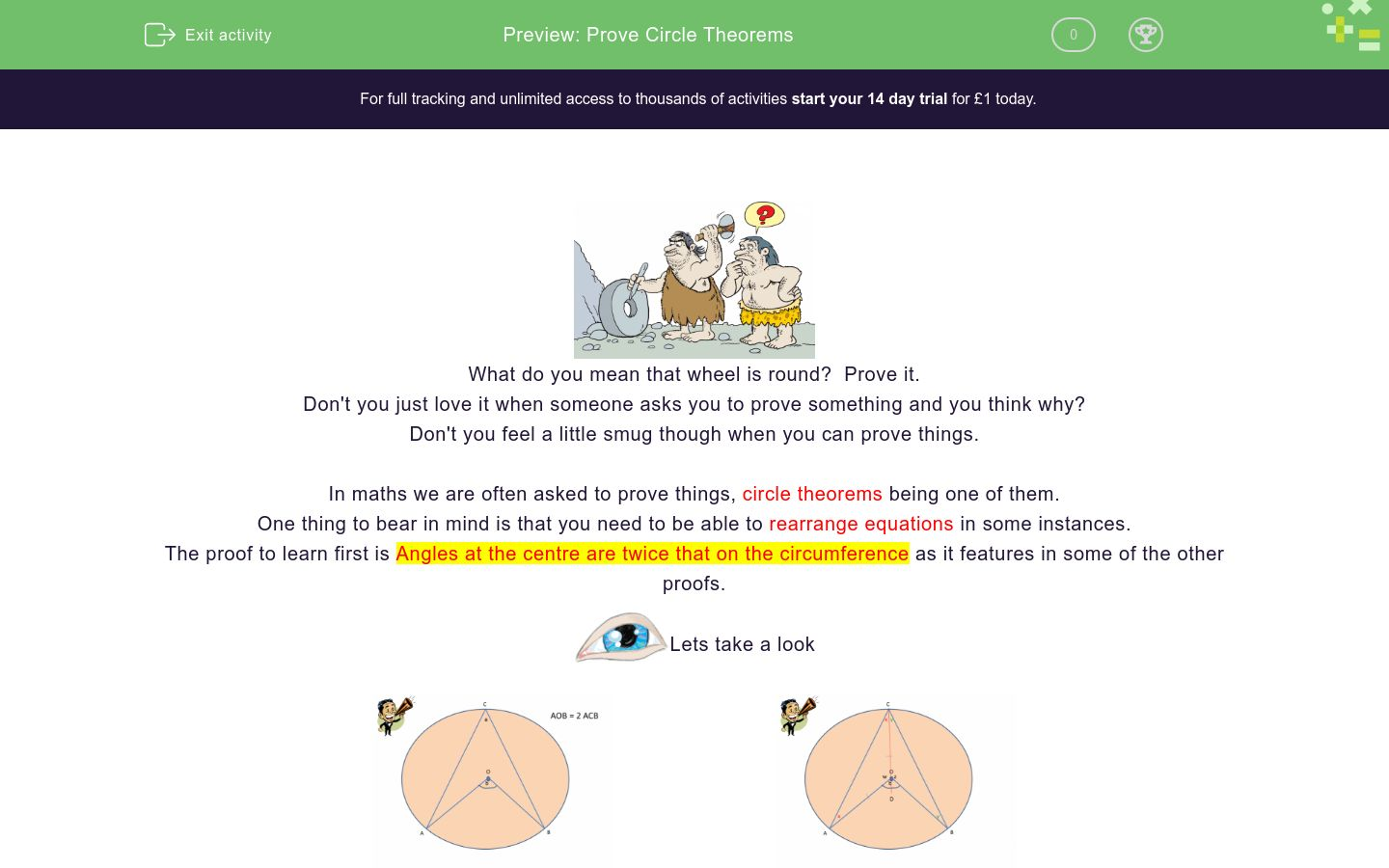 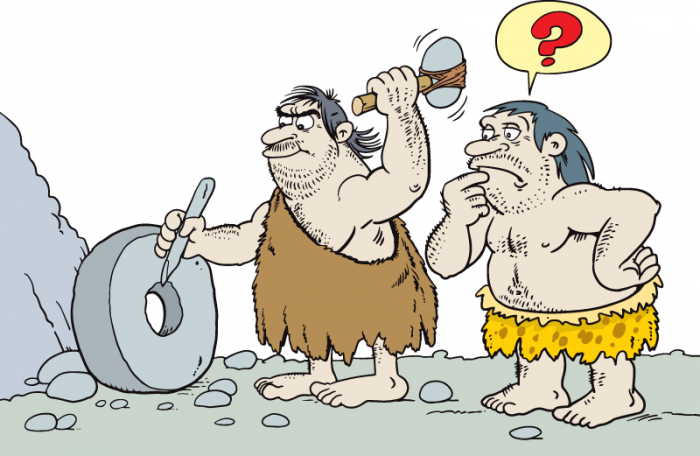 What do you mean that wheel is round?  Prove it.

Don't you just love it when someone asks you to prove something and you think why?

Don't you feel a little smug though when you can prove things.

In maths we are often asked to prove things, circle theorems being one of them.

One thing to bear in mind is that you need to be able to rearrange equations in some instances.

The proof to learn first is Angles at the centre are twice that on the circumference as it features in some of the other proofs. 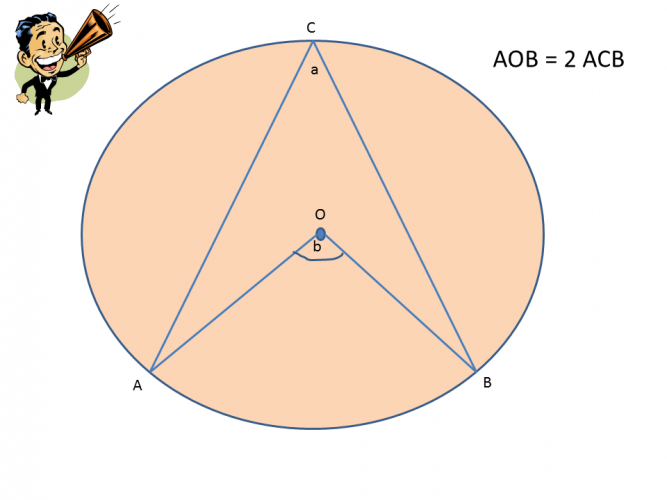 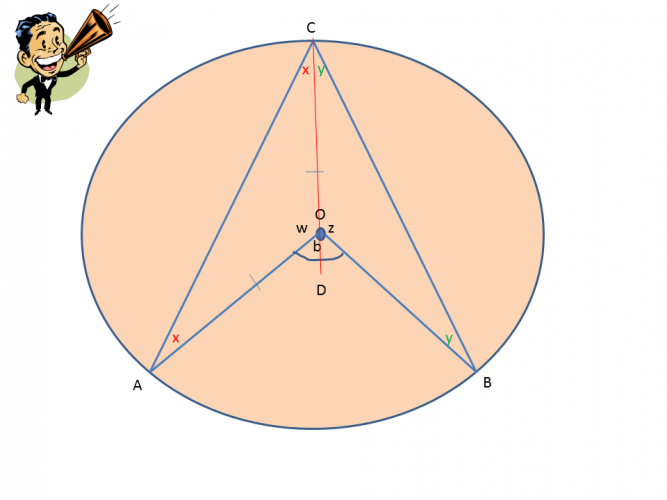 First of all draw a line from C through the centre.  You can see that two isosceles triangles have been formed.

Now substitute in w and z

Rearrange to get b on its own

We re labelled the diagram at the beginning with x and y in place of a. B is at the centre and we know that the angle at the centre is twice the angle on the circumference.  The proof is all there. 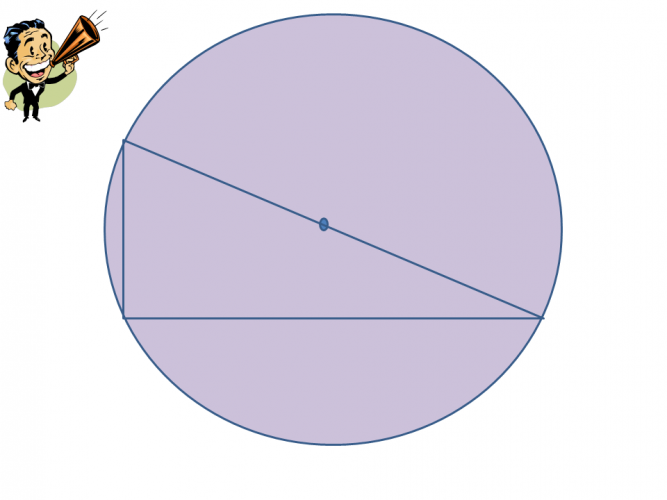 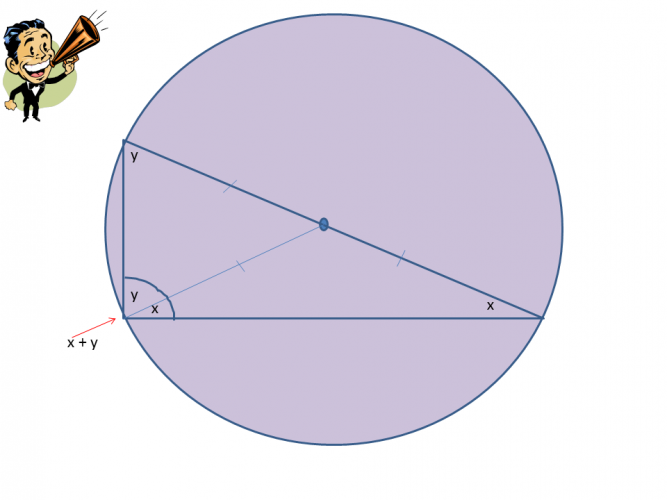 Draw a line from the centre of the circle to the right angle.  This has formed a radius. label each side of the radius x and y.

Angles in the same segment are equal 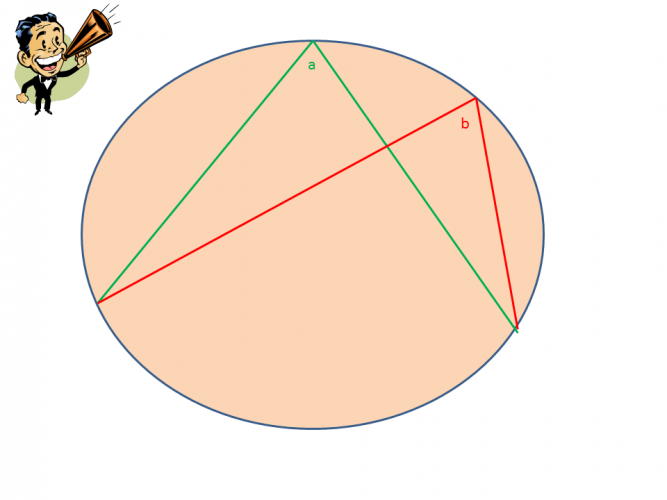 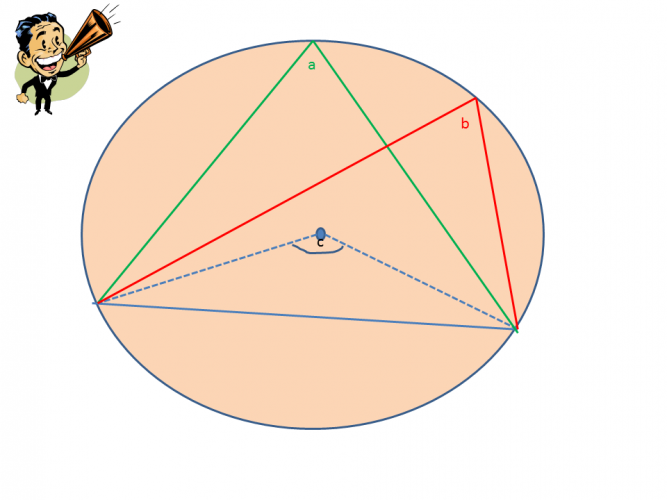 If you draw in a chord and two radii from the centre, you can see angles at the centre are twice that on the circumference.

Whatever angle is at the centre the angle at the circumference will be half.  So angle a and b must be the same. 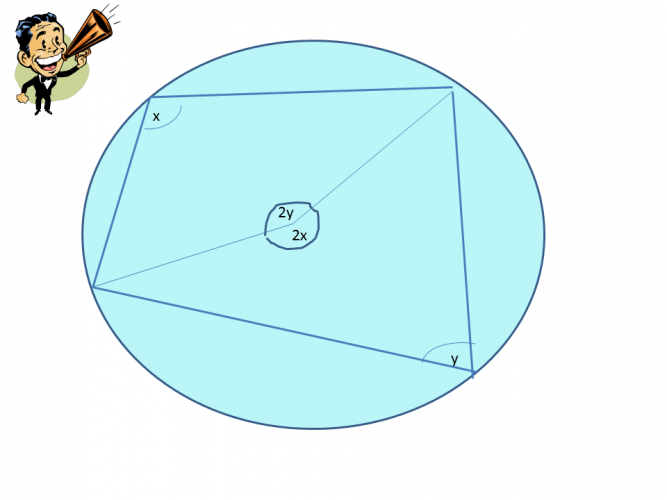 If you draw in two radii from the centre you can see that the angles in the centre rule creeps in. 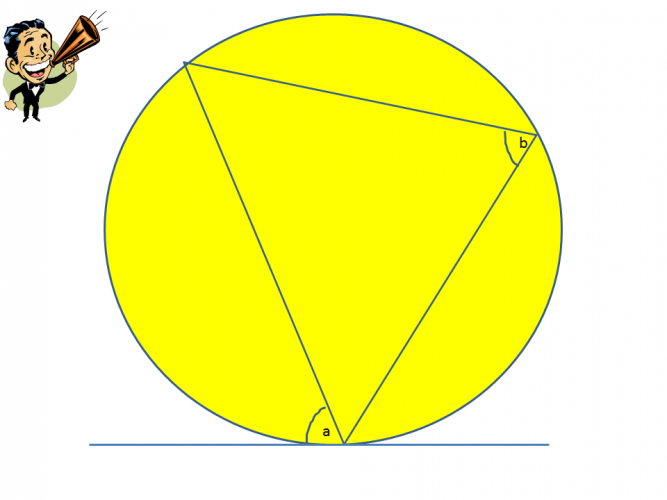 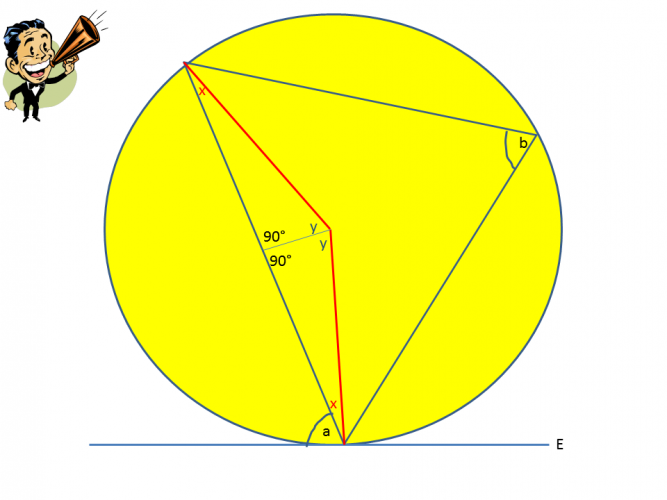 Draw radii in from the centre

Look at angle B.

Halve the equations gives us b = y

We already have found that a = y and can also now see that b = y. Hence proving the alternate segment theorem.

Tangents meet a radius at 90°: 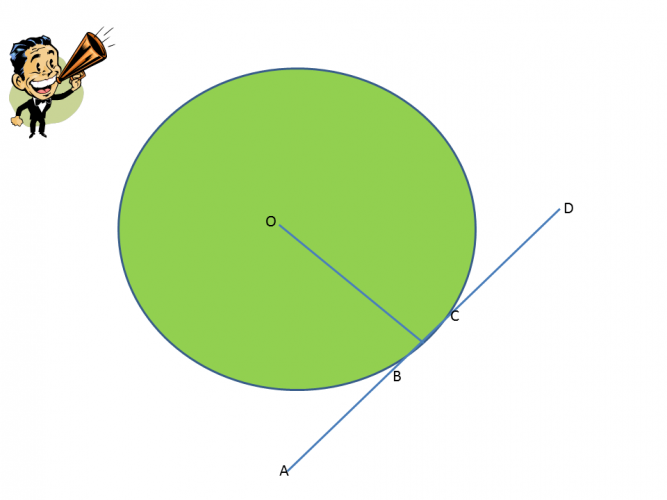 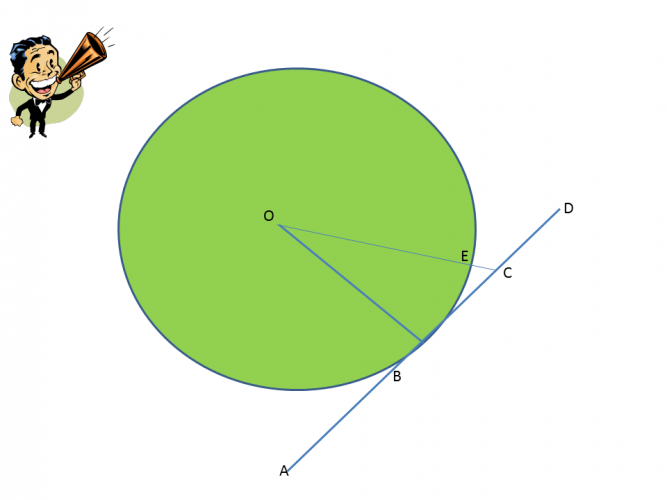 Use your imagination for this one.

Draw a line in from the centre to another point on the tangent, as shown in the diagram above.

Suppose OB is not perpendicular to line AD.

This would mean that angle OCB = 90° and OBC would be acute.

The greater side is opposite the greatest angle, using this scenario we can see that this is not the case.

OB = OE and OE > OC which is impossible.

Give the following a go.