In this worksheet, students will study the evolution of new species and the factors that determine extinction. 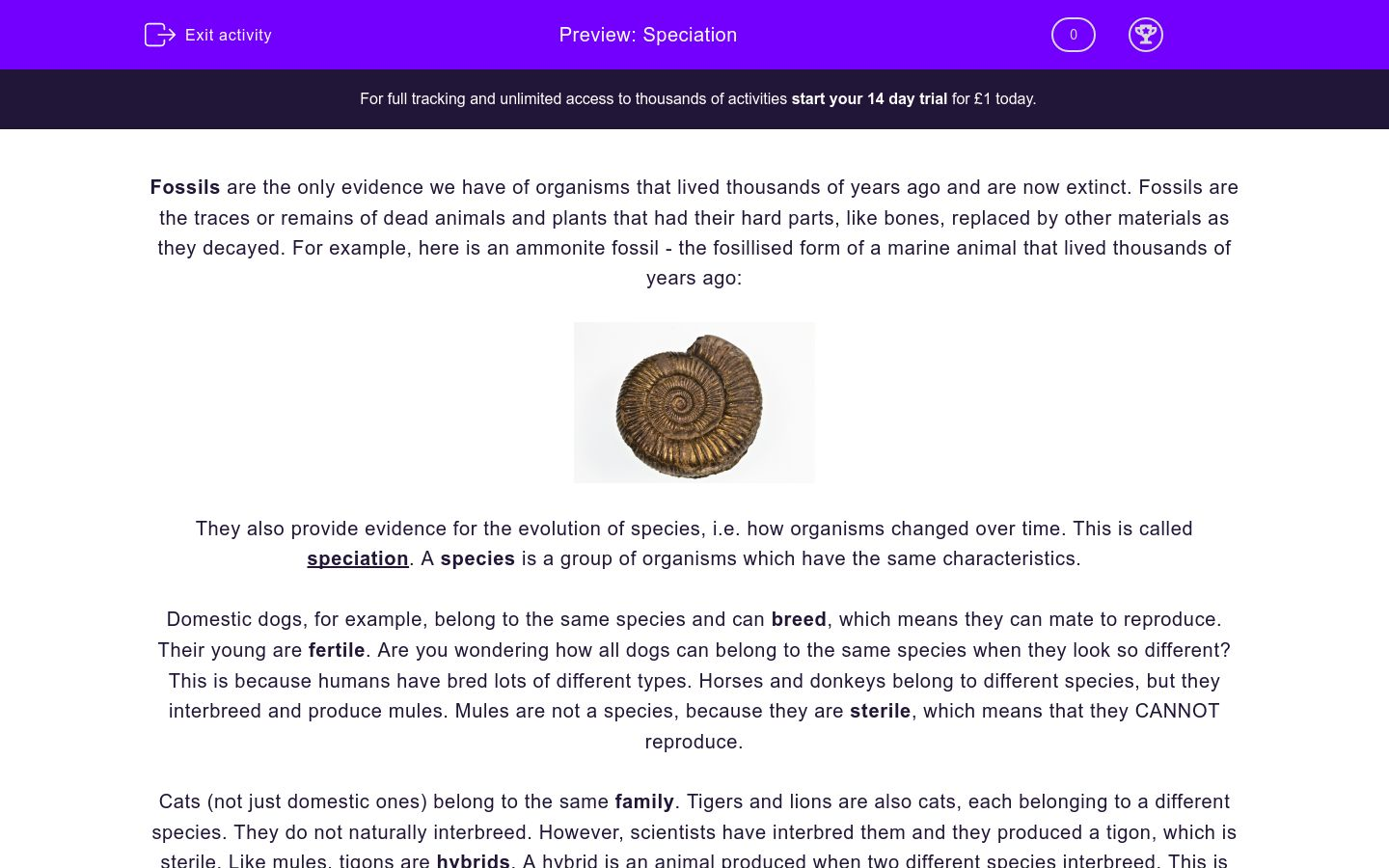 Fossils also provide evidence for the evolution of species, i.e. how organisms have changed over time. This is called speciation. A species is a group of organisms which have the same characteristics.

Domestic dogs, for example, belong to the same species and can breed which means they can mate to reproduce. Their young are fertile. Are you wondering how all dogs can belong to the same species when they look so different? This is because humans have bred lots of different types. Horses and donkeys belong to different species, but they interbreed and produce mules. Mules are not a species, because they are sterile, which means that they cannot reproduce.

Cats (not just domestic ones) belong to the same family. Tigers and lions are also cats, each belonging to a different species. They do not naturally interbreed. However, scientists have interbred them and they produced a tigon, which is sterile. Like mules, tigons are hybrids. A hybrid is an animal produced when two different species interbreed. This is only possible when the species belong to the same family. Lions and tigers share a recent ancestor but have evolved to live in different habitats -  lions in open grassland and tigers in the forest.

There are two main theories of evolution, but the one that Charles Darwin developed is the one that was accepted widely and is still believed. However, all theories of evolution have a common explanation behind them and they are related to the organisms being adapted to their environment so they can survive. Environments do change, however. If an organism is to survive, it needs to adapt to the changing environment. In any species, only the fittest individuals survive. This is called natural selection. The fittest survivors have characteristics best suited to their environment. Because they survive, they reproduce and pass their characteristics to the next generation through genes (DNA). If they needed to change to adapt better, over time, many changes could lead to a new species. Therefore, speciation is actually a result of changing conditions like the surrounding environment, a new predator, a disease and so on. This is the theory of evolution according to Charles Darwin.

The diagram below shows how the horse evolved over millions of years to the form we know today. Horses actually had toes to start with, which were gradually replaced by a hoof:

Over 60 million years ago, horses lived in rain forests; they were as small as a dog and had toes. Horses today have hooves and are over 2 m tall. The ground in the rainforest was covered with leaves and was protected by trees, so horses had no problem walking on it. As the environment changed, hooves developed gradually so that horses could run on muddy, open country plains. The height of the horse increased and that was again an adaptation for running in open country.

Let's move on to some questions.

Where does evidence for evolution come from?

What do we call the evolution of  a new species?

What is a species?

When two species interbreed, a new species is created.

What does the phrase 'survival of the fittest' describe?

In the answer box below, write the word which completes this sentence:

How has the horse changed over million of years?

This is a picture of the dodo: 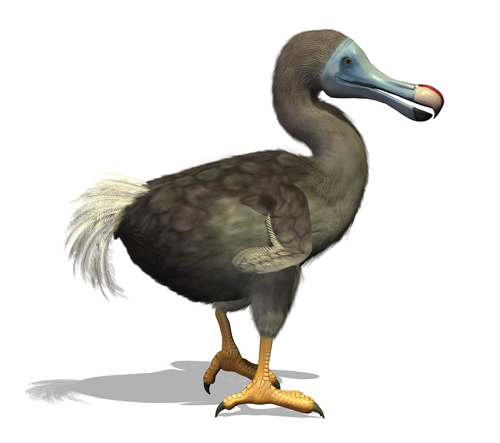 It used to live in Mauritius, which was uninhabited until the 1600's. The dodo became extinct 80 years after man arrived on the island. 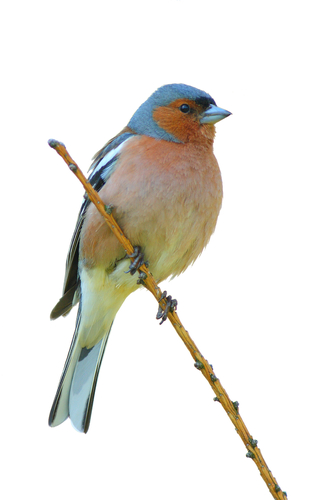 The images above show two finches that have different beaks.

Suggest a reason for this.

The image below is of a giant tortoise, the biggest species of tortoise in the whole world.

Suggest why it only lives in the Galapagos Islands.

Where does evidence for evolution come from?

CORRECT ANSWER
fossils
EDDIE SAYS
Fossils are the evidence we have of organisms that lived thousands of years ago and are now extinct. They provide evidence for the evolution of species, i.e. how organisms have changed over time.

What do we call the evolution of  a new species?

CORRECT ANSWER
speciation
EDDIE SAYS
Did you find this one a bit trickier than the first question? It's a hard word to remember, as well as to spell! A big clue to the answer is that it is to do with changing 'species' so the word is going to be similar. Speciation is defined as 'the formation of new and distinct species during the course of evolution'. This happens when the two animals are not able to make offspring that can breed together. For example, you can breed a lion and a tiger to get a liger - but you can't breed two ligers as they don't make working sperm and eggs. But you can breed together a boxer dog and a husky and produce fertile offspring because they are both the same species.

What is a species?

When two species interbreed, a new species is created.

CORRECT ANSWER
False
EDDIE SAYS
Did you fall into the trap - you won't have been the only one! It does sound as if the statement should be true but remember that a species has to be able to breed. When two species interbreed, a hybrid is created which is not a new species because it is sterile, i.e. it cannot reproduce.

What does the phrase 'survival of the fittest' describe?

In the answer box below, write the word which completes this sentence:

How has the horse changed over million of years?

CORRECT ANSWER
It now has hooves instead of toes
It is now much taller
EDDIE SAYS
Did you remember the picture in the Introduction? If not, why not go back and have a second look - it shows this change very clearly. Horses, as we know them now, have hooves instead of toes and are much taller. This is because they have evolved to suit the changing environment - from the soft ground of a rainforest to the hard surface of a country plain.

This is a picture of the dodo:

It used to live in Mauritius, which was uninhabited until the 1600's. The dodo became extinct 80 years after man arrived on the island.

The images above show two finches that have different beaks.

Suggest a reason for this.

CORRECT ANSWER
They are adapted for eating different types of food, e.g. insects or seeds
EDDIE SAYS
Again, you may never have seen or heard of these birds, but if you read the three options carefully and use common sense, the answer is not that hard to find. The birds have developed different shaped beaks as they have adapted in order to be able to eat the available food in their different countries, whether it is seeds or insects.

The image below is of a giant tortoise, the biggest species of tortoise in the whole world.

Suggest why it only lives in the Galapagos Islands.

CORRECT ANSWER
Isolation
EDDIE SAYS
Three important words to do with evolution here. Make sure you know what each one of them means! The giant tortoise lives only in the Galapagos Islands due to isolation. This means that the Galapagos Islands are too far away from any other country for the tortoises to travel to, and so they have become isolated on the islands as a result of this. Another activity completed! Are you feeling more confident about the theory of evolution now?
---- OR ----