For this activity, you will need to turn to the poem 'War Photographer' by Carol Ann Duffy, which can be found in your anthology. 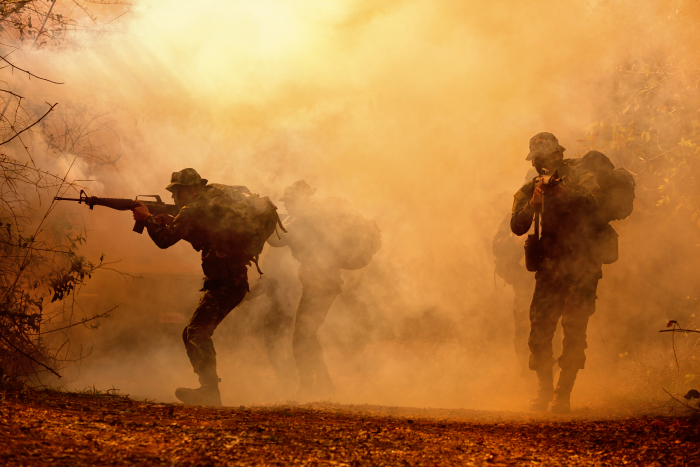 The poem is written about a war photographer who has returned home and is developing his photos. The process of developing old-style film photos is rather unusual for many to understand today. Old style film is very sensitive to light, so it must be done in a dark room lit with a red light. The poem also looks at the contrast between the war zones and safety of being back home, away from war with people around you not truly understanding the truth, after all a single photo cannot show everything.
War photographers do a very dangerous job, many are killed and injured as they must get in harm's way to get the photos they are after.

Preview only
The quotations/text used in this exercise are from the copyrighted works of Carol Ann Duffy, ‘War Photographer’