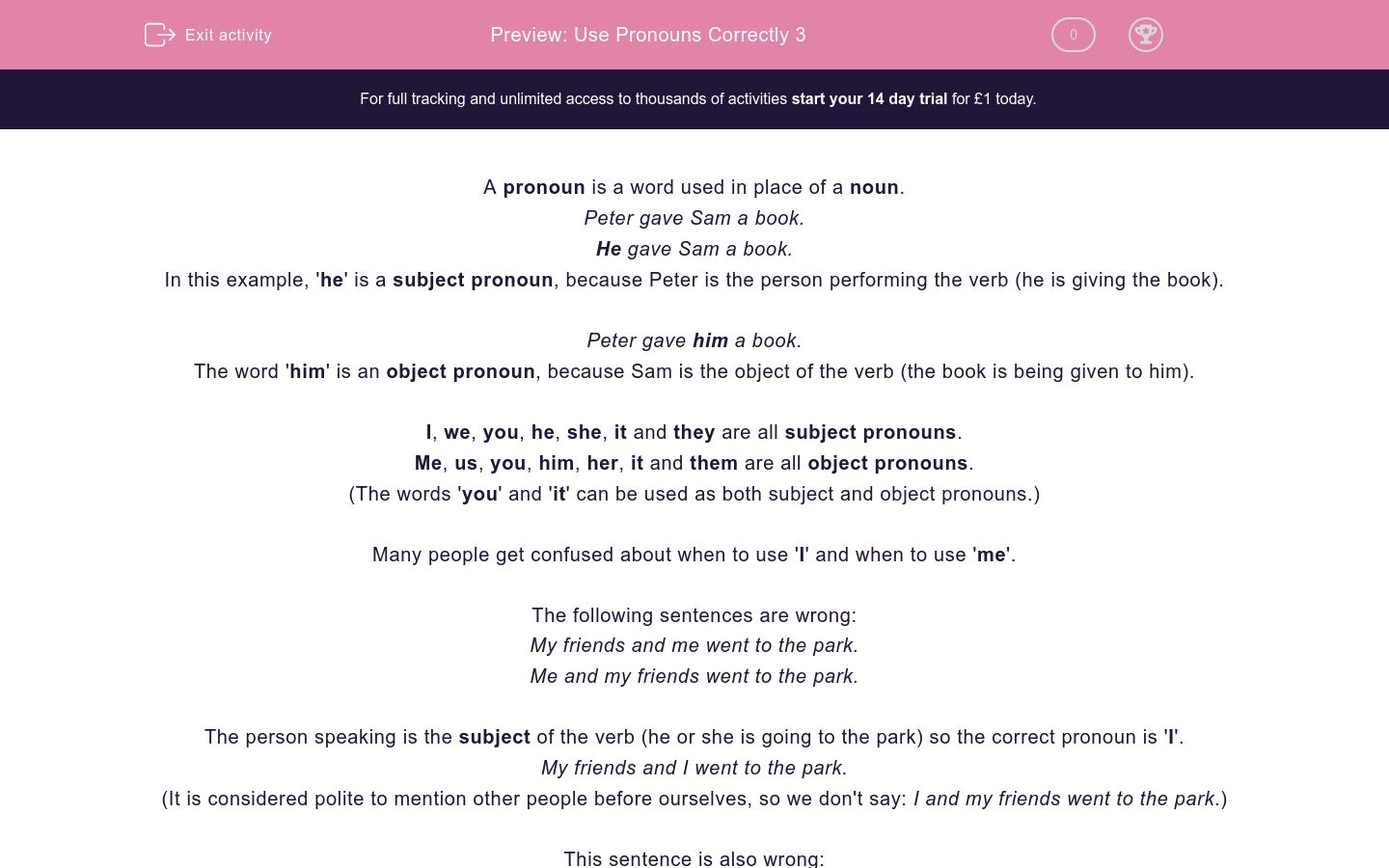 A pronoun is a word used in place of a noun.

He gave Sam a book.

In this example, 'he' is a subject pronoun, because Peter is the person performing the verb (he is giving the book).

Peter gave him a book.

The word 'him' is an object pronoun, because Sam is the object of the verb (the book is being given to him).

I, we, you, he, she, it and they are all subject pronouns.

Me, us, you, him, her, it and them are all object pronouns.

(The words 'you' and 'it' can be used as both subject and object pronouns.)

The following sentences are wrong:

My friends and me went to the park.

Me and my friends went to the park.

The person speaking is the subject of the verb (he or she is going to the park) so the correct pronoun is 'I'.

My friends and I went to the park.

(It is considered polite to mention other people before ourselves, so we don't say: I and my friends went to the park.)

This sentence is also wrong:

My Grandad gave my sister and I some money for the fair.

This time, the person speaking is the object of the verb (he or she is receiving the money, not giving it), so the correct pronoun is 'me'.

My Grandad gave my sister and me some money for the fair.