In this worksheet, students practise using semi-colons to separate items in a list. 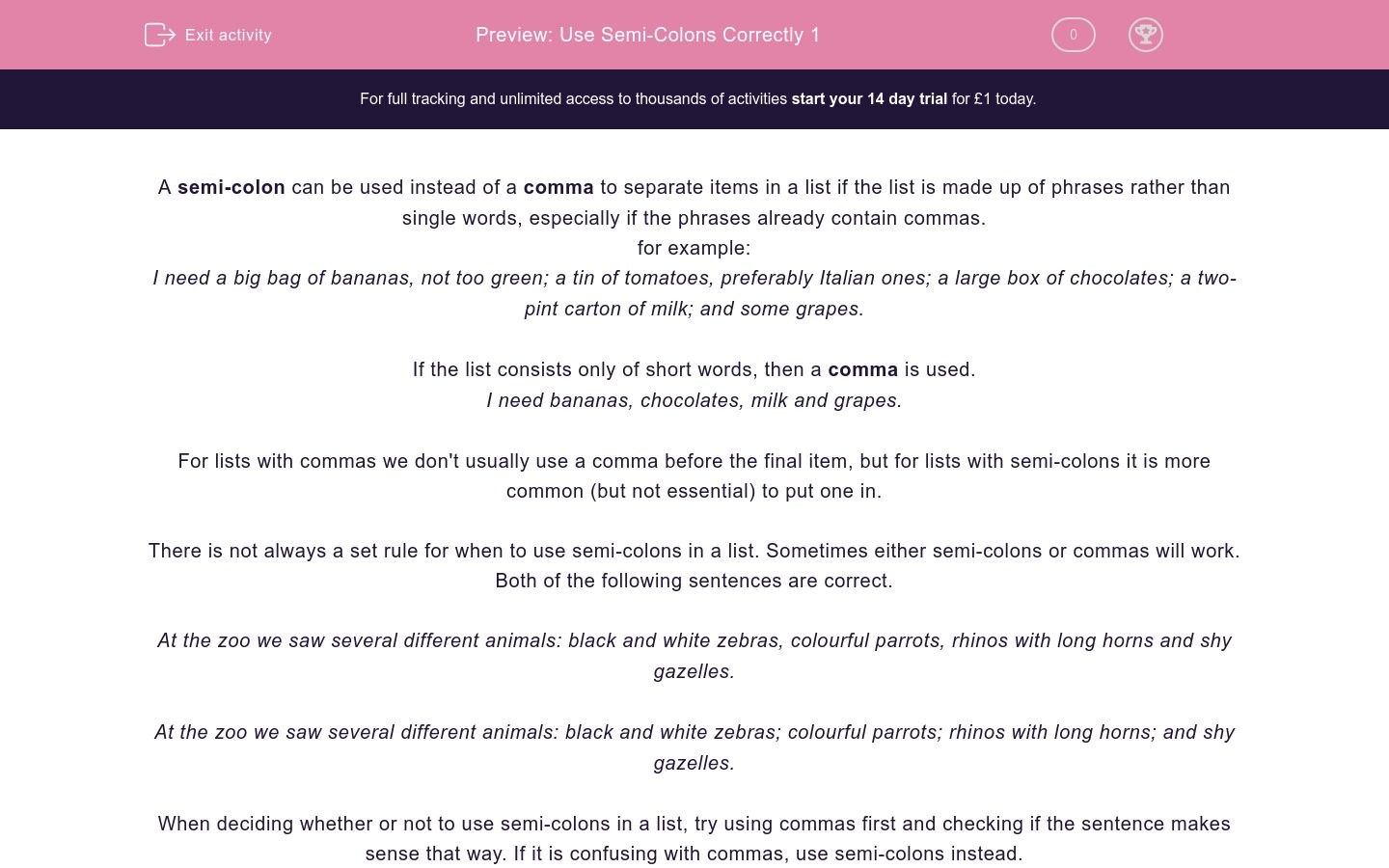 A semi-colon can be used instead of a comma to separate items in a list if the list is made up of phrases rather than single words, especially if the phrases already contain commas.

I need a big bag of bananas, not too green; a tin of tomatoes, preferably Italian ones; a large box of chocolates; a two-pint carton of milk; and some grapes.

If the list consists only of short words, then a comma is used.

For lists with commas we don't usually use a comma before the final item, but for lists with semi-colons it is more common (but not essential) to put one in.

There is not always a set rule for when to use semi-colons in a list. Sometimes either semi-colons or commas will work. Both of the following sentences are correct.