Understand the Signs of Environmental Pollution

In this worksheet, students will study how the environment changes as a result of pollution.

Human activity has increased the levels of environmental pollution. Burning fossil fuels (coal, oil and gas) is the main source of pollution, as well as the use of chemicals such as CFCs. These activities have led to global warming (worldwide raised temperatures) and the depletion of the ozone layer in the Earth's atmosphere, which protects us from the Sun's harmful radiation.

When factories empty their waste into canals, water pollution takes place in connecting rivers and lakes. 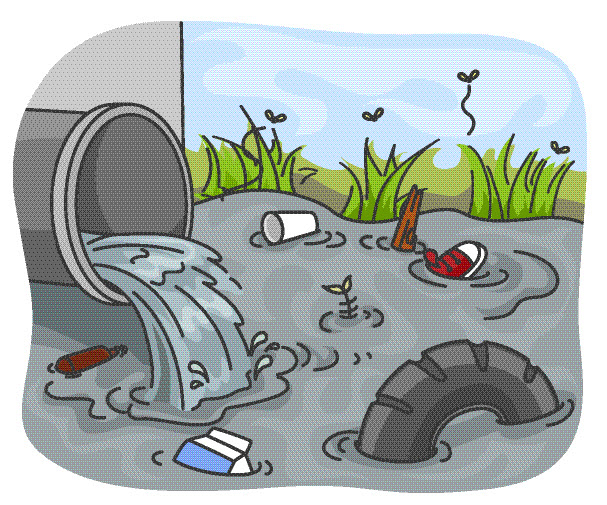 This results in plants and animals dying in those areas. The effect can be seen not only in the organisms that live in the water but also in organisms that live on the land around the polluted water. The water may also be used for crops and human consumption, so you can imagine the problems that can be caused.

Indicator species are organisms that can be used to determine the levels of pollution:

Stonefly larvae can only live in clean water.

The water spine fly is very sensitive to pollution.

Mayfly larvae tolerate some pollution but not much.

The freshwater mussel is also semi-sensitive.

Damselfly larvae can live in water that is a bit polluted, but not much.

The bloodworm can tolerate a lot of pollution.

The rat-tailed maggot can also live in very polluted water.

The sludge worm can live in polluted water because it can cope with low oxygen levels.

The water louse can tolerate high levels of pollution too.

Lichen grows on trees and rocks -  it is not found in cities because pollution from cars kills it.

In exam questions, you will be given data about the organisms that live in different environments and the levels of pollution they tolerate. You would then have to work out the level of pollution.