Understand the Classification of Living Things

In this worksheet, students will describe how biologists classify organisms.

Curriculum subtopic:   Reproduction What is the Genome and What Does It Do? Monitoring and Maintaining Health Natural Selection and Genetic Modification

There are so many different creatures and plants on this planet, that scientists have spent years trying to organise them. 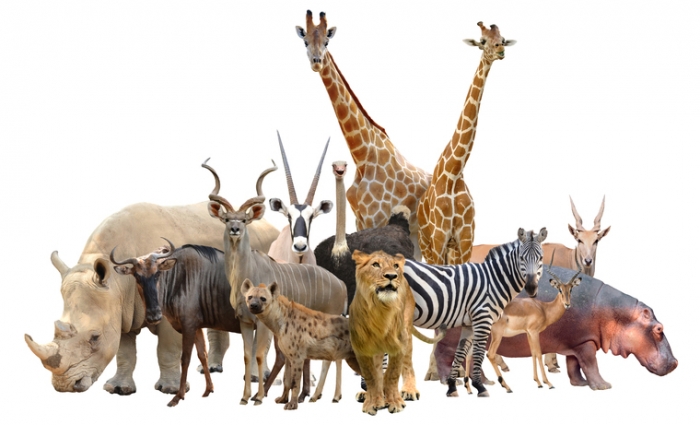 This is called classification, which is the organisation of different organisms into groups.

One of the earliest ways that scientists categorised species was designed by Carl Linnaeus in the 1700's: 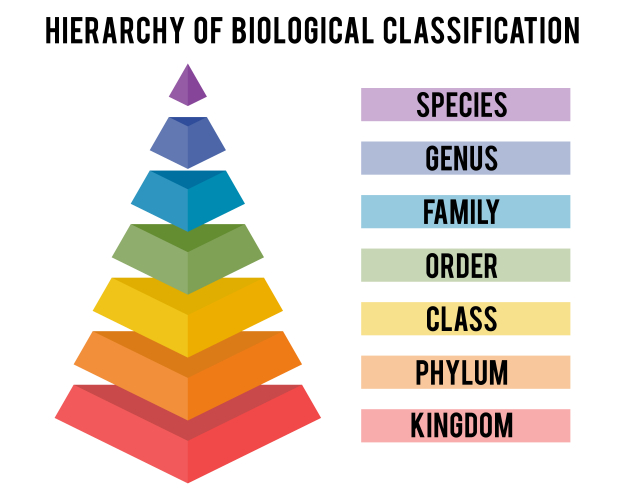 He created the Linnaean system in which living things are sorted by the characteristics that make them unique from each other, starting with kingdoms - such as the Plant Kingdom or the Animal Kingdom.

After that, the groups get more specific:

Here are some easy ways to remember the order: 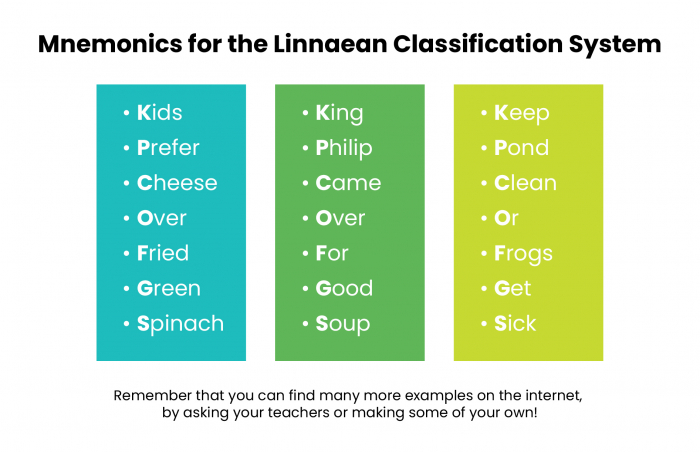 However, over time, inventions like the microscope increased scientific understanding about structures inside organisms and how they are made to be so unique.

This meant that scientists realised they needed to start organising living things in a different way.

It seems like lots of Carls have an interest in biology, because, in the 1990's, Carl Woese classified beings using a ‘three-domain system’, which used three groups called domains as headings:

Now let's have a go at answering some classification questions!

Note: Jot down any descriptions or explanations that might help you understand key concepts or be useful in your revision!