A teacher's perspective on the English baccalaureate

No system of examinations is perfect, basically because in most education systems two goals exist; the need to identify excellent and outstanding pupils who will be society's "next generation" of talent, and the desire to be fair and to give everyone sufficient qualifications to stand a reasonable chance of a job.

This is the dilemma that British education has attempted and, largely, failed to resolve since the 1960s and the abolition of grammar schools. The Education Secretary Michael Gove's decision to replace GCSEs with the English Baccalaureate is, from my point of view, so full of dangers and difficulties that the opportunity to address what is wrong with GCSEs is more than likely to be wasted.

I am a history teacher in a secondary school and I will have to switch to the Ebacc in 2016. If Mr Gove's promises by 2018 materialise, I will be greatly encouraged, but at the moment I am suspicious. Yesterday (Monday), he said: 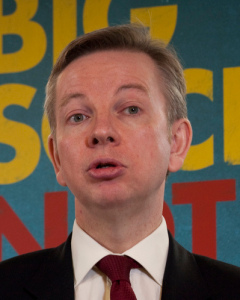 "Critical to reform is ending an exam system that has narrowed the curriculum, forced idealistic professionals to teach to the test and encouraged heads to offer children the softest possible options. It is time for the race to the bottom to end. It is time to tackle grade inflation and dumbing down. It is time to raise aspirations and restore rigour to our examinations."

I agree. Teaching a narrow list of facts and details is hugely constraining; I spend less and less time teaching history and more and more time teaching exam tips. It is small wonder that generation after generation of pupils leaving school are utterly confused and ignorant of world events. I believe that grade inflation is real and that exams are dumbed down year on year, but I doubt whether what Mr Gove proposes is the answer.

The new exams will be more difficult and will favour elite pupils, the Education Secretary has decided to encourage teachers to focus their efforts on the top tier of already gifted pupils.

Due to the timely intervention of the Liberal Democrats, there will be no safety net now for less able students - before the age of the comprehensive school at least the secondary modern offered some kind of vocational skills to those who didn't pass the eleven plus exam.

Even this training will be stripped away under the new plans and it will result, horrifyingly, (according to Mr Gove) in large numbers of young people leaving school with no qualifications at all. It seems incredible that this is the goal of an education secretary but, in a way, it speaks volumes about the man.

The reason I am so concerned about the new qualification is principally because of its creator, a man whose policies are often cheap soundbites and catchphrases, not cutting edge educational research.

His attempts, courtesy of TV historians Niall Ferguson and Simon Schama, to undo decades of good practice in history departments in schools up and down the land have suspiciously gone quiet, perhaps as a result of his empty talk actually connecting with professional policy advice from people in his department who know what they are talking about.

WRITTEN BY: Will Paterson