How Do Fireworks Work?

Ask anyone what they like best about bonfire night, and I bet it will be this; Fireworks! Aren’t they amazing? So much colour, so much noise, so much happening – an excellent display entirely involves you. But, how does it all happen? I mean, how do fireworks really work? Mr Julian explains all.

How do fireworks work? Hey, that’s a big question! Firstly, there are loads of chemicals doing their colourful stuff. (reacting - that’s Chemistry). There is plenty of whizzing, wooshing and banging (Sound). Then there are the great masses of movement as rockets rip through the air, Catherine wheels whiz round, and colours streak across the sky (Forces and Energy).

So…let’s take a look at what’s going on. 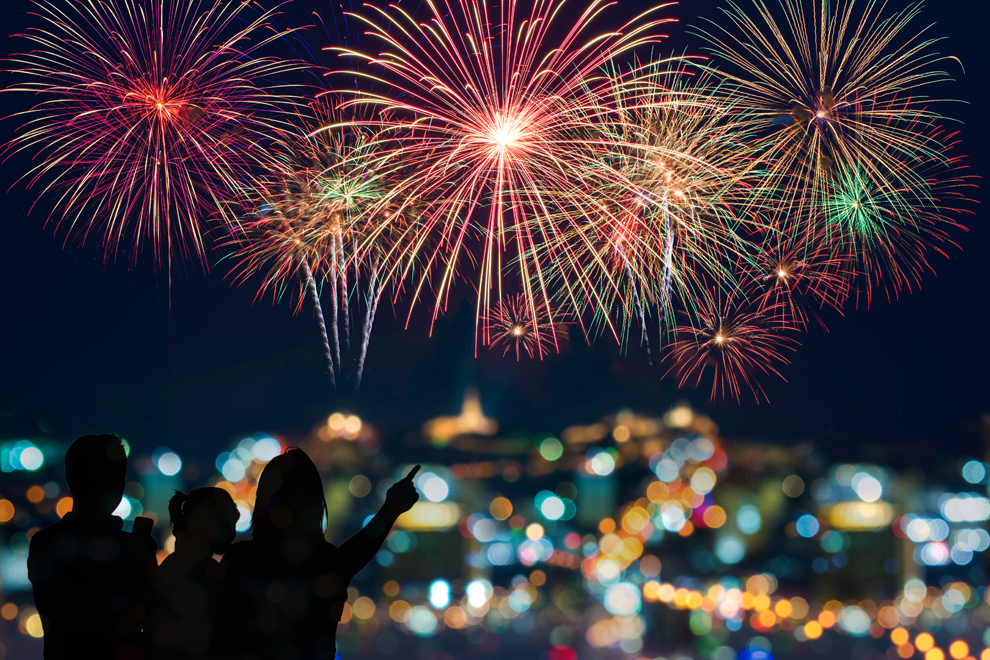 Rockets are the best!

They start off as a cardboard tube on a long stick, looking a bit dull and then POW! Looks can be deceiving! Just light the little touch-paper (the fuse), stand back and…

Woosh! The fuse ignites the ‘engine’ of the firework. Traditionally, this has mostly been made of gunpowder (a mix of charcoal, sulphur and an oxidant like potassium nitrate), which goes off like a real space rocket to send the firework up into the sky. The heat of the reacting gunpowder then reaches the main compartment which holds all the ‘special effects. Cue loads of colour, loads of noise, and loads of light – amazing!

These ‘special effects’ are a mix of gunpowder plus other chemicals, including metals; many metals burn brilliant colours – that’s just an amazing and thrilling part of our world – magnesium = brilliant white, strontium = bright red, sodium = orangey-yellow, potassium = purple, barium = green for example.

Gravity attracts things to the earth, so the rocket ‘engine’ has to have a lot of force to overcome it and shoot into the sky – thanks to all the energy packed into the chemicals, the rocket is able to do just that.

Then a mass more energy is released as the rocket EXPLODES, and finally, when the show’s over, gravity brings the dead rocket back to the ground again...The end!

Now for a fun firework fact: did you know all those great firework shows you head to on bonfire night are all computer-controlled?! Definitely one too many fireworks to light with a match! The organisers have an electronic ignition system, and the explosions are all controlled by specific firework software – that’s the 21st Century for you! 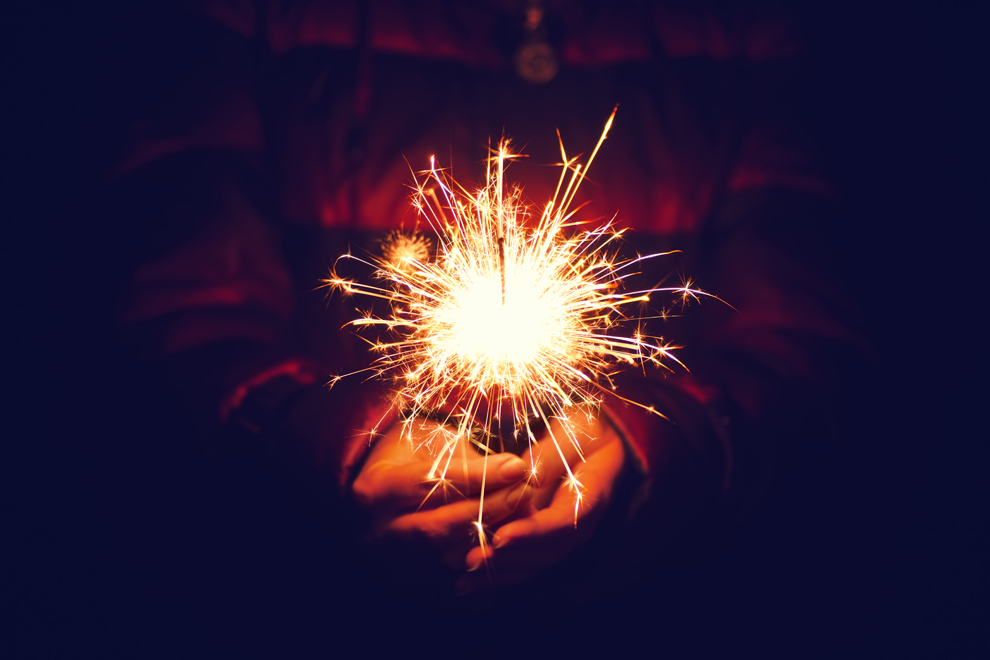 Everyone loves a sparkler, don’t they? Well, what you’ve got here is a metal stick, - often made of steel as it can withstand a lot of heat without melting - a fab mixture of aluminium powder and iron filings (tiny bits of iron). All mixed up with a chemical that loves to help things burn ('sciency' bit: it’s an oxidant, like potassium nitrate, that loves to give its oxygen atoms to help things burn – burning needs oxygen!). When lit, the aluminium and iron filings all burn (= oxidise), which causes loads of sparkly bits of metal to fly off – perfect for writing your name in the sky!

Put this into practice:

This bonfire night, while watching your favourite displays, ignite a competition to see who can remember which colour connects to which metal (the list is above). Winning =  sparklers all round...or toffee apples!