In this worksheet, students will work out a single letter code by identifying common patterns in shapes. 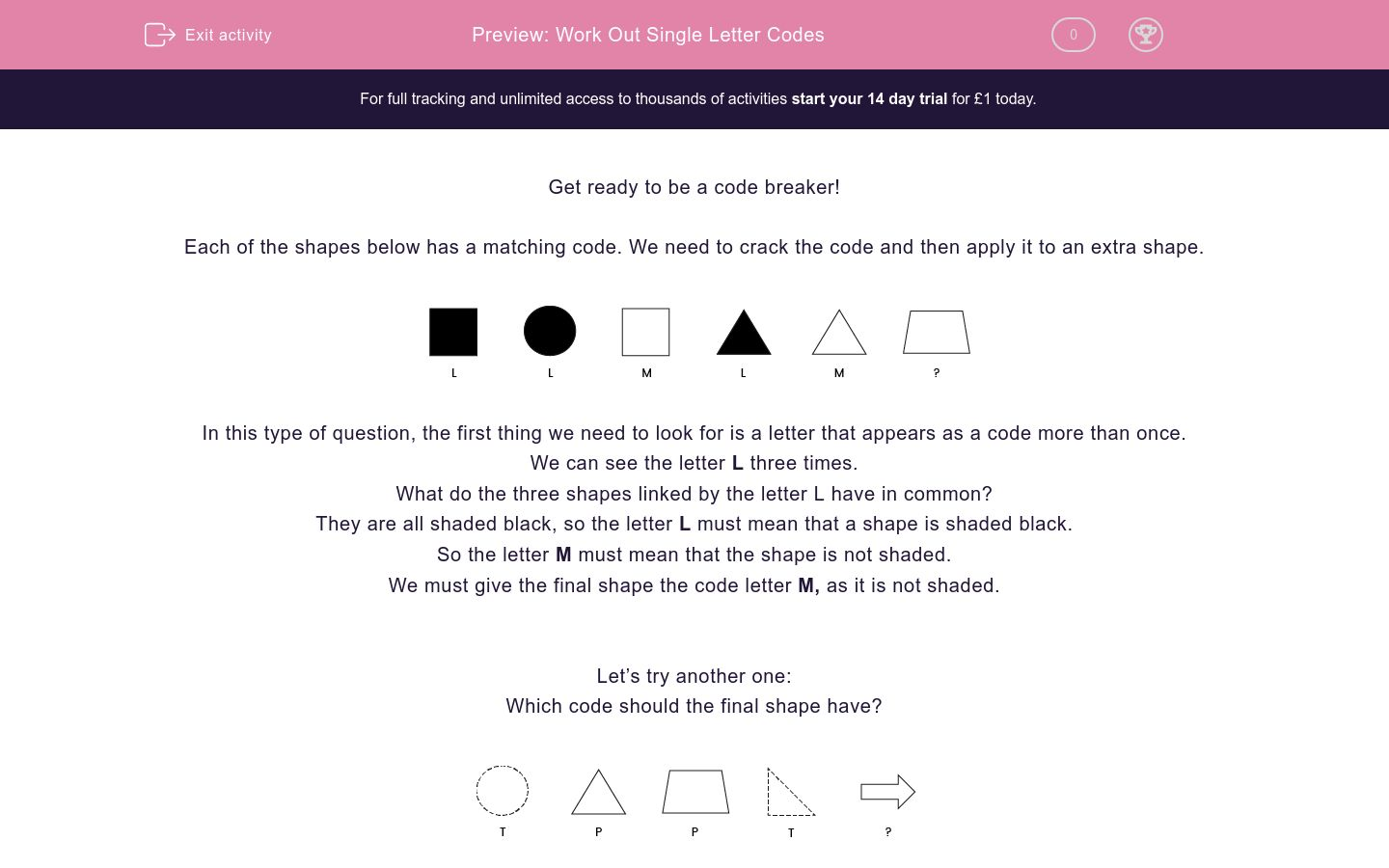 Get ready to be a code breaker!

Each of the shapes below has a matching code. We need to crack the code and then apply it to an extra shape.

In this type of question, the first thing we need to look for is a letter that appears as a code more than once.

We can see the letter L three times.

What do the three shapes linked by the letter L have in common?

So the letter M must mean that the shape is not shaded.

We must give the final shape the code letter M, as it is not shaded.

Let’s try another one:

Which code should the final shape have?

Let’s look for a letter that appears as a code more than once…That’s right, we can see the letter T twice.

What do the two shapes linked by the letter T have in common?

We can also see the letter P appear twice as a code.

Both of these shapes have a perimeter formed of a normal solid line, which must mean that the code P is used for shapes with solid line perimeters.

Our final shape needs to use the code P as it has a perimeter which uses a solid line.

It’s now your turn to crack some codes!