Add a Four-Letter Word to Create a New Word

In this worksheet, students will work out the missing letters of a word. They will use the context of the given sentence to help them. It will develop students’ comprehension, spelling and problem solving skills. 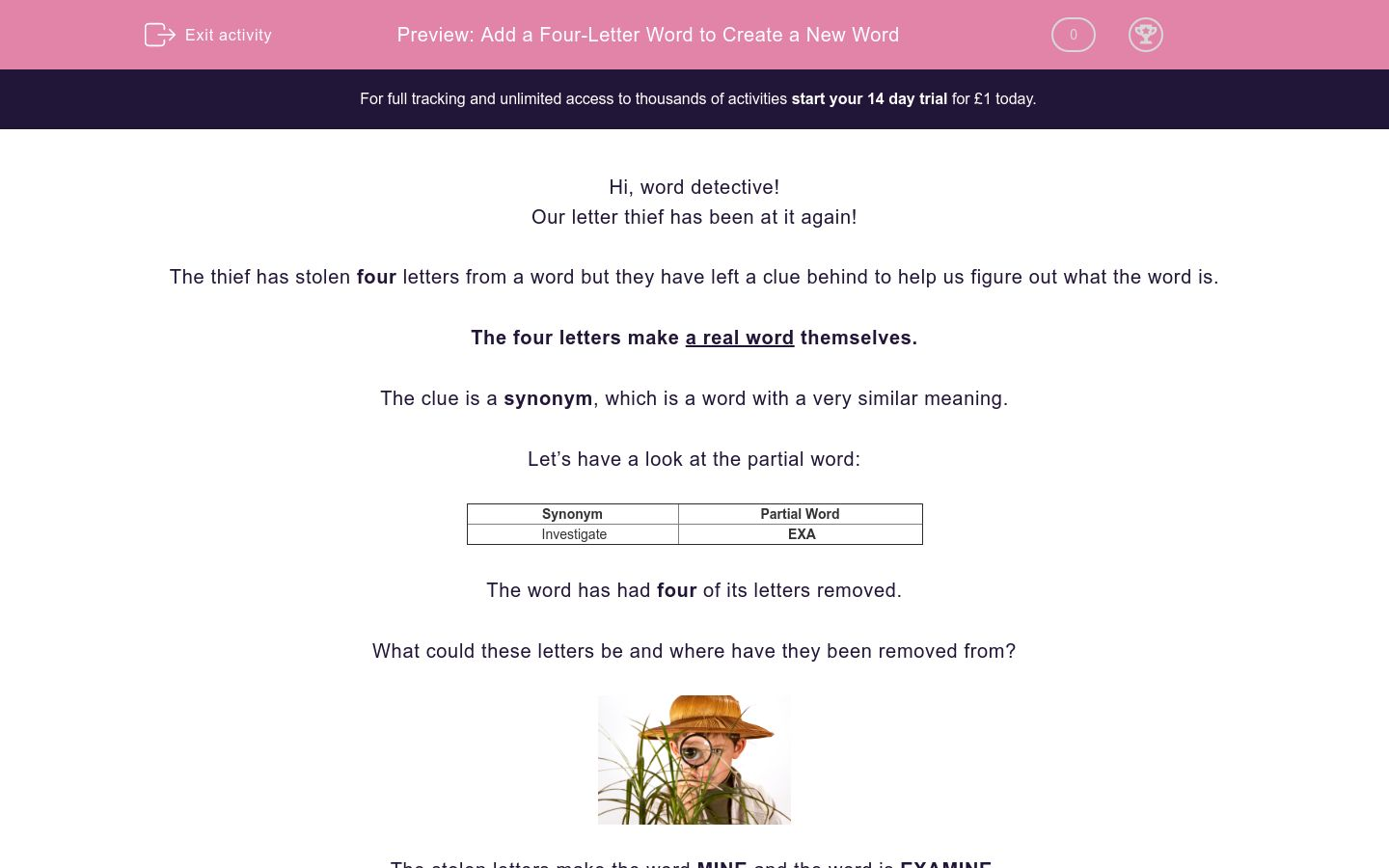 Our letter thief has been at it again!

The thief has stolen four letters from a word but they have left a clue behind to help us figure out what the word is.

The four letters make a real word themselves.

The clue is a synonym, which is a word with a very similar meaning.

Let’s have a look at the partial word:

The word has had four of its letters removed.

What could these letters be and where have they been removed from?

The stolen letters make the word MINE and the word is EXAMINE.

Here is another word with four missing letters which make a word themselves:

This time, the thief has left behind a different kind of clue:

What could the missing letters be that form a word themselves and where have they been removed from?

The missing letters make the word RUSH and the full word is BRUSHING.

In this activity, you will be a word detective and work out the missing letters in partial words.

This time, each of the sets of letters missing also forms a word on its own.

You can use a thesaurus to help you if you get stuck.

Good luck finding those missing letters and remember that these letters also make a word on their own.