This worksheet will introduce the pupil to the plot of Shakespeare's 'A Midsummer Night's Dream'.

This worksheet will introduce you to the plot of Shakespeare's play A Midsummer Night's Dream. You are going to read the following plot summary and then answer questions to check your understanding.

The Plot of A Midsummer Night's Dream 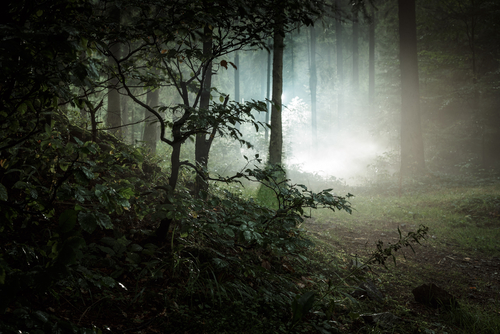 The play has three storylines of plots that all become tangled up. At the start of the play there is a planned celebration of the wedding of Duke Theseus of Athens and the Amazonian queen Hippolyta.

In the opening scene, a father wants his daughter Hermia to marry his choice of husband, Demetrius. However, she refuses and runs away with the man she loves, Lysander, into the woods. Hermia has told her best friend Helena about her plan. Helena is actually in love with Demetrius but he doesn’t love her. To try and win favour with Demetrius, Helena tells him about Hermia running away with Lysander. Demetrius follows Hermia and Lysander into the woods and Helena follows after.

Meanwhile, Oberon, the king of the fairies, and his queen Titania arrive in the same forest to attend the wedding of Theseus and Hippolyta. Oberon and Titania are arguing because Titania is looking after a little boy that she refuses to give to her husband. Oberon wants to punish Titania so he asks Puck to squeeze a magical juice in her eye so that she will fall in love with the first thing she sees… Puck also squeezes the magical potion in the eyes of Demetrius and Lysander…

Both Demetrius and Lysander fall in love with Helena because of the magical potion and the four characters spend the night running round the wood getting lost. At the same time some villagers are rehearsing a play to be shown at the wedding. Nick Bottom, one of the actors, has his head turned into a donkey’s by Puck.

Titania, who has fallen asleep, hears Bottom’s singing and is woken up. She sets eyes on him and falls in love with the half man half donkey! She is so happy and in love with Bottom that she gives the little Indian boy to Oberon.

Happy he has got his way, Oberon undoes all Puck’s magic except Demitrius’ so that he remains in love with Helena. Hermia is now able to be with Lysander, and Oberon and Titania are reunited.

The play ends happily with the wedding of Hippolyta and Theseus.