In this worksheet, students read an extracts from 'Frankenstein' and one from 'Dracula'. Then they make comparisons. 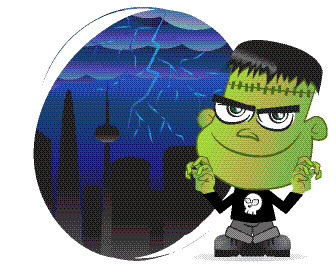 How can I describe my emotions at this catastrophe...? His limbs were in proportion, and I had selected his features as beautiful. Beautiful! Great God! His yellow skin scarcely covered the work of muscles and arteries beneath; his hair was of a lustrous black, and flowing; his teeth of a pearly whiteness; but these luxuriances only formed a more horrid contrast with his watery eyes, that seemed almost of the same colour as the dun-white sockets in which they were set, his shrivelled complexion and straight black lips...

I beheld the wretch–the miserable monster whom I had created. He held up the curtain of the bed; and his eyes, if eyes they may be called, were fixed on me. His jaws opened, and he muttered some inarticulate sounds, while a grin wrinkled his cheeks. He might have spoken, but I did not hear; one hand was stretched out, seemingly to detain me, but I escaped and rushed downstairs. I took refuge in the courtyard belonging to the house which I inhabited, where I remained during the rest of the night, walking up and down in the greatest agitation, listening attentively, catching and fearing each sound as if it were to announce the approach of the demoniacal corpse to which I had so miserably given life. 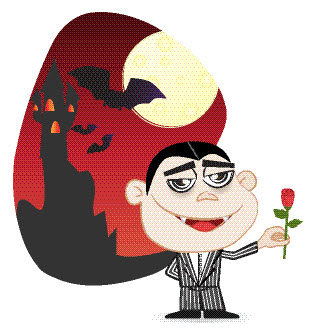 Within, stood a tall old man, clean shaven save for a long white moustache, and clad in black from head to foot, without a single speck of colour about him anywhere...

His face was a strong... His eyebrows were very massive, almost meeting over the nose, and with bushy hair that seemed to curl in its own profusion. The mouth, so far as I could see it under the heavy moustache, was fixed and rather cruel-looking, with peculiarly sharp white teeth... For the rest, his ears were pale, and at the tops extremely pointed. The chin was broad and strong, and the cheeks firm though thin. The general effect was one of extraordinary pallor.

...Strange to say, there were hairs in the centre of the palm. The nails were long and fine, and cut to a sharp point. As the Count leaned over me and his hands touched me, I could not repress a shudder. It may have been that his breath was rank, but a horrible feeling of nausea came over me, which, do what I would, I could not conceal.

Next, we will go through some questions comparing the two texts. If you need to look at the texts again, you can do so by clicking on the Help button.