Poetry about Conflict: 'The Charge of the Light Brigade'

In this worksheet, students will read and answer questions based on the poem 'The Charge of the Light Brigade' by Alfred Tennyson.

In this activity you will develop your understanding of poetry by studying a poem based on a battle that took place during the Crimean War.

The poet Alfred Tennyson (1809–1892) read a newspaper report about how the commanding officer of the Light Brigade gave the order for his cavalry (soldiers on horseback) to ride into a valley surrounded by Russian soldiers armed with guns. The Light Brigade had only swords and as such could not defend themselves against the Russians. Many of them died.

Read the following poem Tennyson wrote called 'The Charge of the Light Brigade' and then answer the questions.

The Charge of the Light Brigade


2
'Forward, the Light Brigade!'
Was there a man dismay'd?
Not tho' the soldier knew
Someone had blunder'd:
Their's not to make reply,
Their's not to reason why,
Their's but to do and die:
Into the valley of Death
Rode the six hundred.


4
Flash'd all their sabres bare,
Flash'd as they turn'd in air,
Sabring the gunners there,
Charging an army, while
All the world wonder'd:
Plunged in the battery-smoke
Right thro' the line they broke;
Cossack and Russian
Reel'd from the sabre-stroke
Shatter'd and sunder'd.
Then they rode back, but not
Not the six hundred. 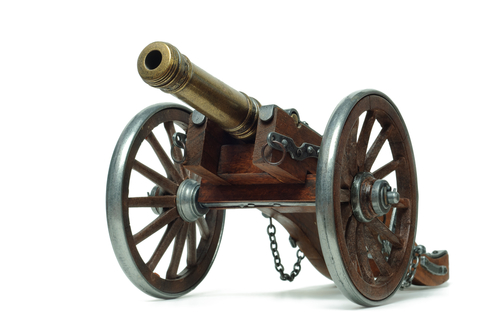