Describe the Properties of the Sun and Moon

In this worksheet, students will learn about how we see the Sun and the Moon and how eclipses occur.

The Earth has a natural satellite that orbits it, the Moon. There is no air, wind or rain on the Moon, which means there is no life. However, it is because of the Moon that there is life on Earth. Billions of years ago, the Earth crashed with another planet. This collision caused a part of the Earth to break away, but it was kept in orbit around the Earth due to the Earth's gravity.

The Moon's gravity causes tides nowadays, but millions of years ago it is believed that it was the Moon's gravity that gathered all the water and steam in the atmosphere and turned them into the oceans.

The Moon is much smaller than the Earth and it does not produce its own light. We can see it because it reflects light from the Sun. The Moon's shape does not change, but we see different parts of it lit up, so it appears to be in different shapes; these are called the phases of the Moon (see diagram). 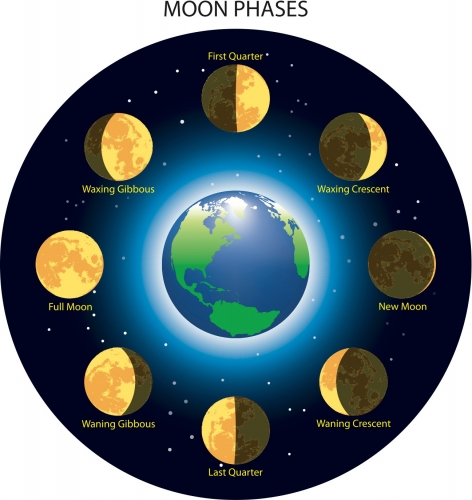 Sometimes the Moon moves into the shadow of the Earth (see bottom part of diagram below) and a lunar eclipse takes place. 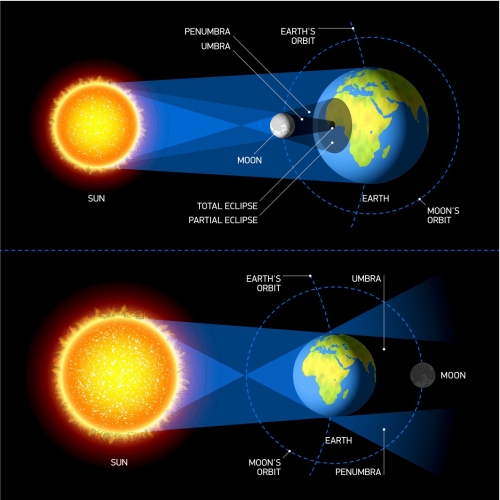