Describe the Properties of Sound Waves

In this worksheet, students will look at the definitions of intensity, amplitude, pitch and frequency and also at sound as a wave and vibration.

Sound is a form of energy, and hearing is one of our most important senses. The sounds we hear vary in intensity from quiet to loud.  Sounds can also have a high or low pitch.

Sound energy makes objects vibrate; for example, vocal chords in the throat when we speak and guitar strings.  Different musical instruments are designed to make different sound waves.  Musicians use tuning forks to find a note by tapping the fork lightly so that it makes a pure sound, the two prongs vibrating to make a note.  Here is a picture of a tuning fork:

Sound is what we call a pressure wave, also known as longitudinal waves. Sound waves carry energy parallel to the direction of the wave. We can view the way sound waves travel by using a slinky spring (see picture below). Vibrations are created when we push and pull one end of the slinky backwards and forwards. When air travels through the air, the air particles squash up (compressions - areas of high pressure) and then move apart (rarefactions - areas of low pressure) just like the coils of the slinky. 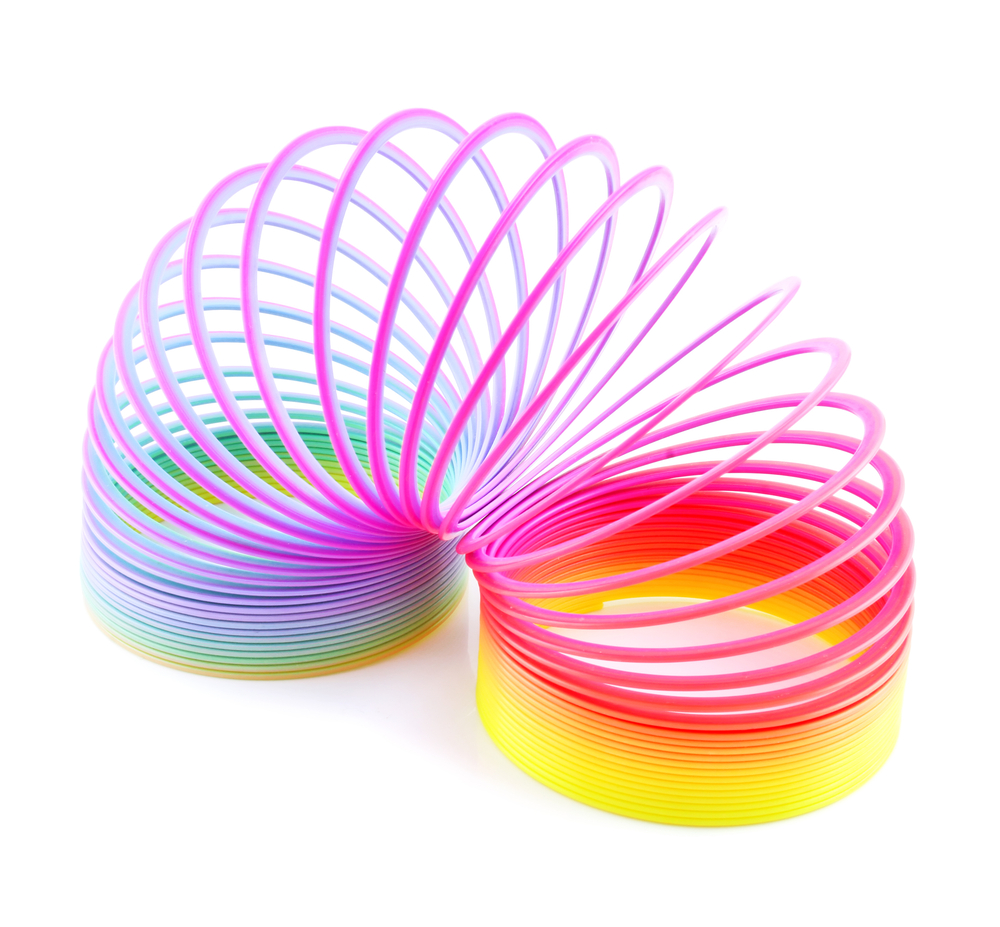 Microphones contain a thin membrane called the diaphragm, which vibrates when it picks up sound waves. This causes other parts of the microphone to vibrate. These vibrations are converted into an electrical current, which is eventually transferred as an audio signal. An oscilloscope (see diagram) picks up sound waves and puts them in a graph. The frequency of a wave is the number of complete waves that pass through a fixed point in a second. Frequency is measured in hertz (Hz). Listening to a 20Hz sound means 20 sound waves reach your ear every second. The pitch of a sound depends on the frequency, so high-pitched sounds have a high frequency and low-pitched sounds have a low frequency.

The diagram below illustrates wavelength and amplitude: