Explain How the Ear Works

In this worksheet, students will explore the structure of the ear, hearing loss and the threshold of hearing, soundproofing and echoes.

How does the ear work?

The diagram shows the structure of the human ear. 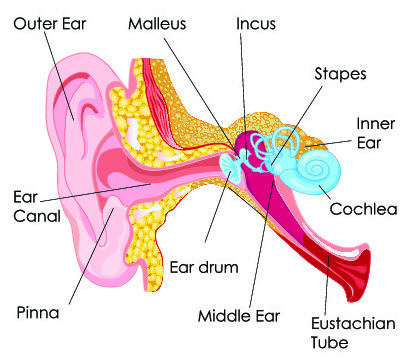 The ear allows us to hear sounds because of a series of vibrations. We should be able to name each tiny part and be able to put them in the right order when explaining how we hear vibrations.

Sound waves travel through the air and enter the auditory (ear) canal. They make the eardrum vibrate. The vibrations then pass through the ear bones (shown as malleus, incus and stapes in the diagram) and reach the cochlea, which looks like the shell of a snail (and actually means snail in the Greek language!).

These electrical signals are called impulses and we can hear the sound when they reach the brain.

What can damage your ears? 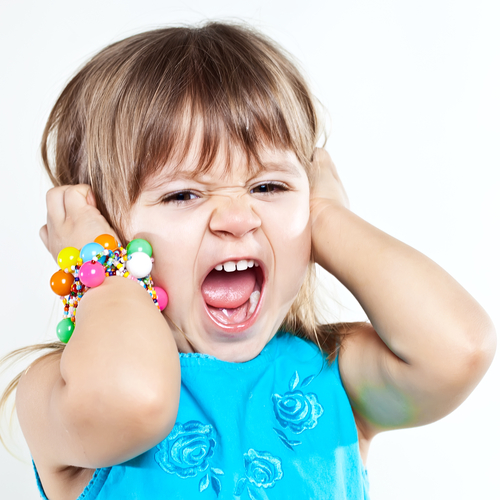 The ear is very delicate, as it contains thin membranes and small bones. They can be easily damaged in the following ways:

1) The ear can get blocked by wax

2) Accidents or loud bangs can damage the eardrum

3) The middle ear can get infected

4) In older age the tiny bones can fuse together

How can we protect our ears? 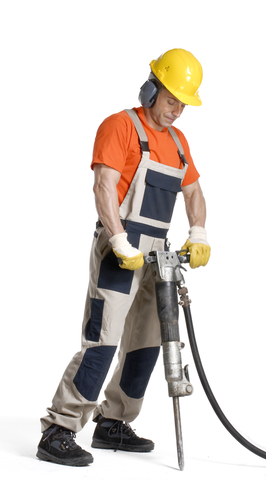 Sound, or noise, can sometimes be unpleasant!   A sound intensity meter can be used to measure the loudness of a sound in decibels (dB). In the decibel scale, the threshold of hearing is the quietest sound we can hear. This is at 0dB.

The road drill is at 90dB and this is the maximum limit accepted legally. A person shouting can be 100dB, whereas, loud music is around 120dB. Sound starts to hurt at 80dB and the eardrum breaks at 180dB!

Houses near an airport or other loud areas need double glazed windows. The air is taken out from between the glass layers to create a vacuum, so sound has no particles to travel through. This is called soundproofing. Ear protectors are usually worn by workers if they work in a loud environment. Noise can be reduced by soft things like carpets and curtains, because they absorb some of the sound energy.

Echoes are reflected sounds. They are used by bats, which use their hearing instead of sight to hunt. The bats send out high-pitched squeaks which we can't hear. The echoes tell the bat if something is in the way and they catch it. They also use echolocation to avoid obstacles. 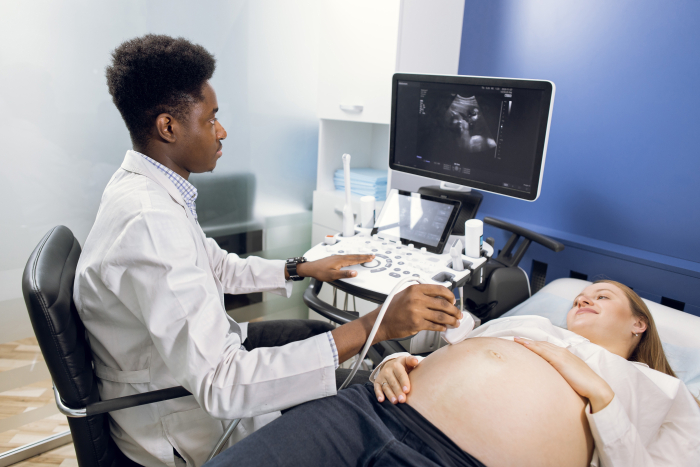 Sounds that are too high for humans are called ultrasound. Ultrasound has many medical uses as it is safer to use than X-rays. For example, it is used to check the progress of an unborn baby. An ultrasound transmitter is passed over the mother's abdomen. Different parts of the baby's body send back different echoes. These reflections of sound are processed by a computer into an image and that is displayed on a screen.

Sonar equipment is used by submarines to find other ships. They send out a pulse sound (a 'ping') and calculate the distance using computers by measuring the time the echo takes to return. Fishing boats use similar systems to find shoals of fish.