In this worksheet, students will learn about how carbon, as an element, is recycled through the Earth and its atmosphere.

Carbon is in the Earth's atmosphere in the form of carbon dioxide.

Plants remove carbon dioxide from the atmosphere and use it in a process called photosynthesis to make their food. 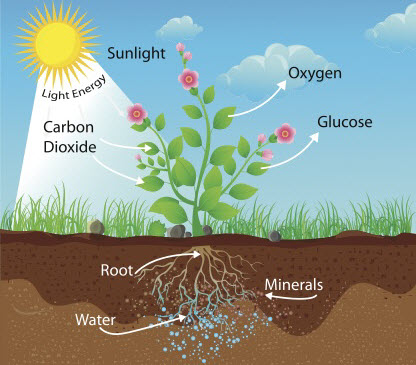 When plants and animals die, they decay (decompose, break down) in the soil. This process is performed by microorganisms called decomposers. This adds carbon to the soil.

The decomposed bodies of plants and animals become fossil fuels after millions of years. Fossil fuels are coal, crude oil and natural gas. They are substances made from carbon and hydrogen.

Fossil fuels are burned in factories, vehicles and homes (generally used by humans) to provide energy. 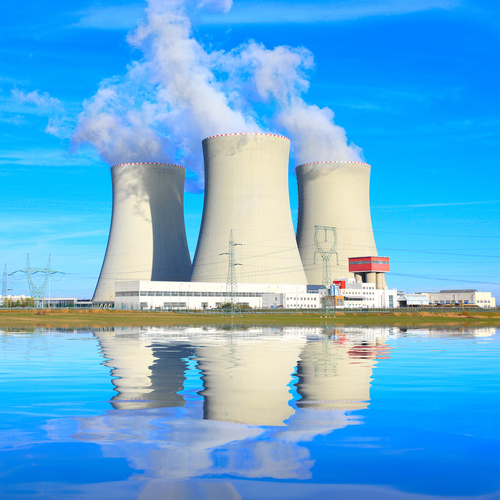 The process of burning is called combustion and it adds carbon dioxide and carbon monoxide to the atmosphere.

Finally, plants, animals and decomposers respire. Respiration is a process that uses oxygen from the atmosphere and glucose from food, so living organisms can make the energy they need to survive. 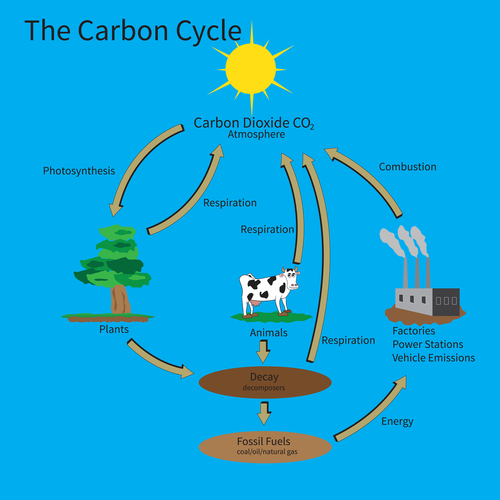 That's a lot to take in, but the following questions will get you to think about the carbon cycle and should help you to remember what you find out!