In this worksheet, students will study the arrangement of particles in the three states of matter (solids, liquids and gases) followed by the explanation of how they change from one to another.

The following diagram shows the arrangement of particles in the three states of matter: 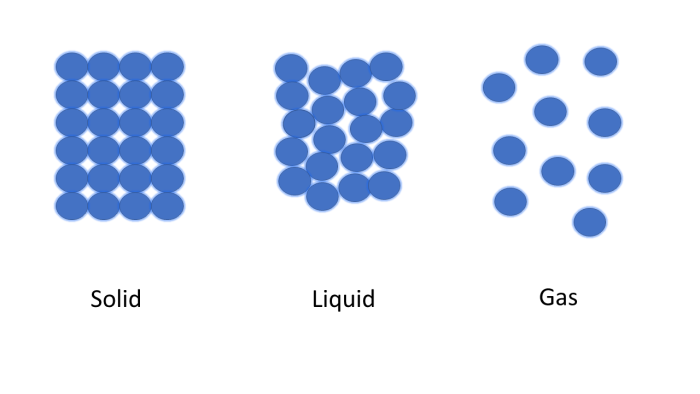 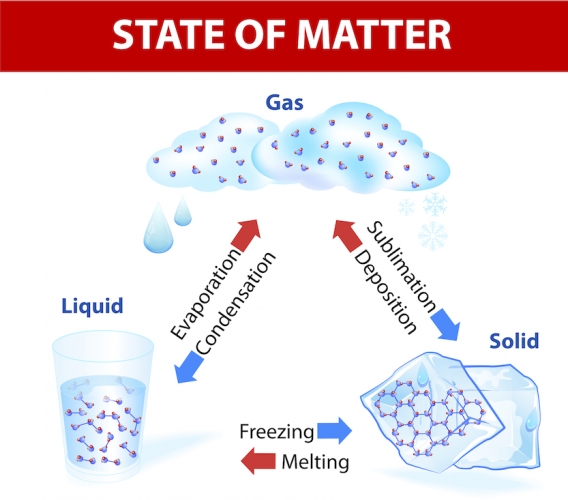 When a solid is heated and reaches its melting point, it melts into a liquid.

When a liquid reaches its boiling point, it evaporates into a gas.

When you cool down a gas, you can condense it back into a liquid and a liquid turns into a solid when it reaches its freezing point.

The freezing and melting points of a substance are always the same temperatures.

Sublimation is when a solid turns straight into a gas.

Pure water becomes ice at 0 degrees Celsius and it boils at 100oC.

As the bonds that hold solid particles together are very strong, energy is needed to break them, so the particles start moving more freely when the substance becomes a liquid. When a solid turns back into a liquid, this energy is transferred to the surroundings, as it is no longer needed.

In order for our body to cool down, it produces sweat. Sweat uses heat from our bodies to evaporate.