In this worksheet, students will analyse genetic engineering.

When you look in the mirror, do you ever wonder how our bodies know how to make us who we are?

The answer is DNA! Or the chemical deoxyribonucleic acid, which all genetic information is made up of.

DNA is a long chain of tightly wound up coded instructions which cells unravel, read and use to make proteins.

In cell nuclei, chunks of DNA are arranged into 46 individual or 23 pairs of chromosomes, half from each parent.

DNA is a polymer of many nucleotides - a group including a sugar molecule, a phosphate group and a nitrogenous base.

These are linked together to make the double helix - the swirly ladder of two linked strands that you've probably seen in biology textbooks!

All this genetic information in us is called our genome. 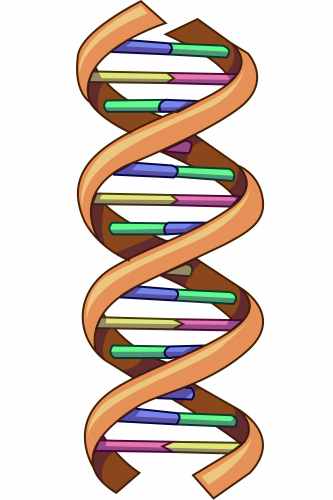 Cells read the code of the double helix in small chunks at a time - these are called genes.

One gene makes one specific code, such as hair colour, but we are blonde or brunette because there are different versions of one gene called alleles.

And just as you have a unique allele cocktail for your appearance, we can use these to figure out someone's specific risk of disease, meaning  that understanding our genome is important in healthcare.

However, nothing is perfect, and when our genetic code unexpectedly changes, we call this a mutation.

Not all mutations are bad! Some can be useful -  having  bigger teeth for a dinosaur makes them more successful predators and helps them to survive!

However, while our DNA determines our appearance and personality, making our unique phenotypes, mutations rarely affect the phenotype very much, so we hardly see these genetic changes!

As technology has developed, scientists have become able to manipulate genomes to enhance an organism’s competitive performance and quality of life. 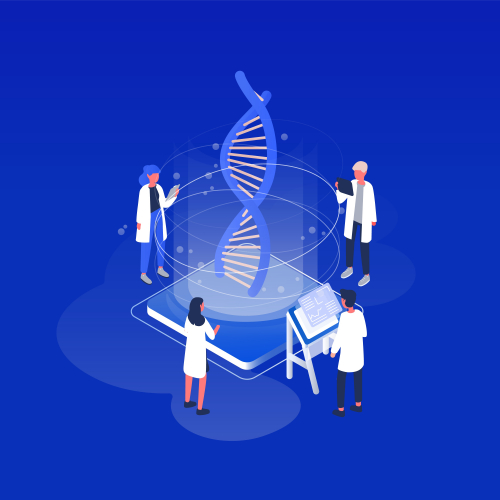 Genetic technology involves changing the genes already in an organism, which causes some divided opinions in agriculture and medicine.

In modern agriculture, the benefits include increased yield and improved quality of crops, as well as being able to encode plants with pest and insect resistance. But world hunger is yet to be solved!

There is a strong argument that questions our right to interfere with nature. There are very real concerns about the possible long term consequences of changing plant DNA  -  the potential harm that it could have on other plants, as well as to our bodies, such as creating new allergies!

The same principles apply in medicine, where genetic technology is heavily used in fertility and genetic testing.

Checking our genetics to assess our potential risk of disease and helping IVF parents to only select the genetically healthiest embryos to be born, are major modern advantages.

The benefit is that fewer diseases will be passed on, but is this playing God?

Embryo research is highly controversial, and some worry that IVF will be used to plan ‘designer-babies’!