In this worksheet, students compare and contrast two poems about the wind by A.A. Milne and Emily Dickinson. 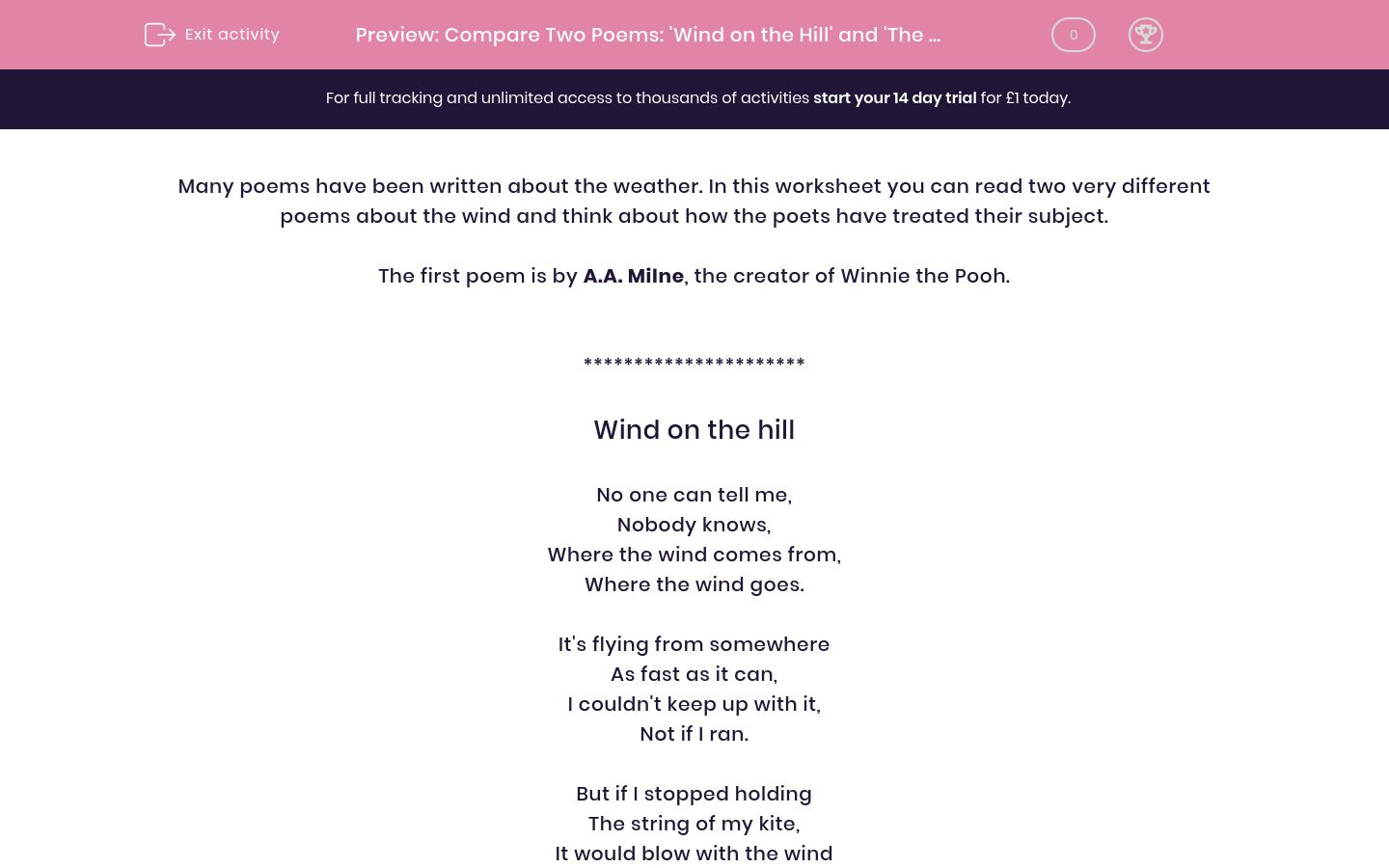 Many poems have been written about the weather. In this worksheet you can read two very different poems about the wind and think about how the poets have treated their subject.

The first poem is by A.A. Milne, the creator of Winnie the Pooh.

Wind on the hill

It's flying from somewhere
As fast as it can,
I couldn't keep up with it,
Not if I ran.

But if I stopped holding
The string of my kite,
It would blow with the wind
For a day and a night.

And then when I found it,
Wherever it blew,
I should know that the wind
Had been going there too.

The second poem is by Emily Dickinson, a 19th Century American poet.

The Wind begun to rock the Grass

The Leaves unhooked themselves from Trees
And started all abroad;
The Dust did scoop itself like Hands
And throw away the Road.

The Wagons quickened on the Streets,
The Thunder hurried slow;
The Lightning showed a Yellow Beak,
And then a livid Claw.

The Birds put up the Bars to Nests,
The Cattle fled to Barns;
There came one drop of Giant Rain,
And then, as if the Hands

That held the Dams had parted hold,
The Waters Wrecked the Sky,
But overlooked my Father’s House,
Just quartering a Tree.