In this worksheet, students will replace verbs with suitable alternatives that add information to a sentence.

Curriculum subtopic:   Use Past and Present Tense

Every sentence needs a verb.

A verb is a doing or being word.

My puppy is a beagle. His name is Ronnie. He loves his ball. He plays with it every day.

There are thousands of verbs in the English language, and choosing the right verb can make a big difference to our writing.

Some verbs mean almost the same as each other:

Ronnie loves playing with his ball.

Ronnie enjoys playing with his ball.

Changing the verb 'loves' to 'enjoys' doesn't really affect the meaning of the sentence, but if we use the verb 'hates' instead, we change the meaning completely!

Ronnie hates playing with his ball.

Sometimes, using a different verb doesn't actually change the meaning of the sentence, but it gives the reader more information, so it improves the sentence:

In the second sentence we know that Sally was in a hurry. 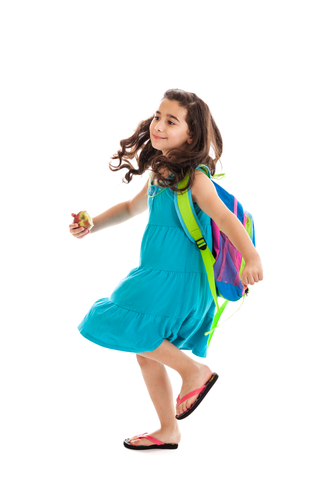 In this activity, we are going to look at the verbs in sentences and choose alternative verbs that could replace them.