Overview of Context in 'A Christmas Carol'

In this worksheet, students will learn about Charles Dickens' upbringing and Victorian England, which will help the understanding behind his writing of 'A Christmas Carol'.

In this activity, you'll learn about the context in which Charles Dickens wrote 'A Christmas Carol'.  We'll be looking at both Dickens' childhood and Victorian England.

What do you know about this already? 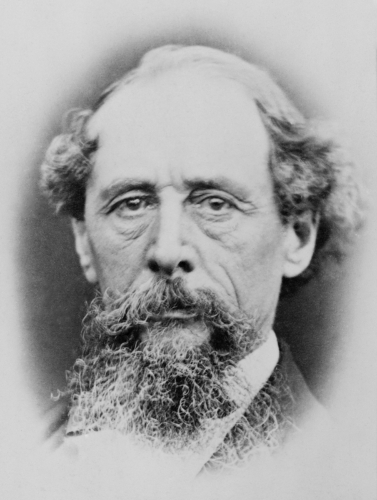 Dickens was born on 7th February, 1812, the second of eight children born to John and Elizabeth Dickens.  He spent the first nine years of his life living in Kent, a county in the South-East of England.  Despite being a kind and loving man, John Dickens was financially irresponsible and with a large family to provide for, found it very easy to rack up large debts.

As a result of this, the family moved to Camden Town in London, in 1822.  John Dickens continued to live beyond his and his family’s means and in 1824, he was finally arrested and sent to debtor’s prison.  Shortly afterwards, and probably as a result of being unable to provide for herself and her eight children, Elizabeth Dickens moved the rest of the family into prison with John.

Charles, however, did not join the rest of the family and was sent to live with a family friend, where, at 12 years old, he was sent out to work.  He joined other child workers at a blacking factory (where shoe polish was made), sticking labels onto bottles for 10 hours a day. This job made a lasting impression on Dickens; the conditions and pay were poor and the employers cruel.

When John Dickens’ grandmother died and left him a lot of money, John was able to pay off his debts and was released from prison.  Charles did not leave the factory straight away and this only made him more sympathetic to the poor working and living conditions that the working classes had to put up with.

Now, have a go at the next few questions about Dickens' early life and how this influenced his writing.