Look at this table which shows the place value of numbers up to millions.

Learn the value of each column and understand how each number is written. 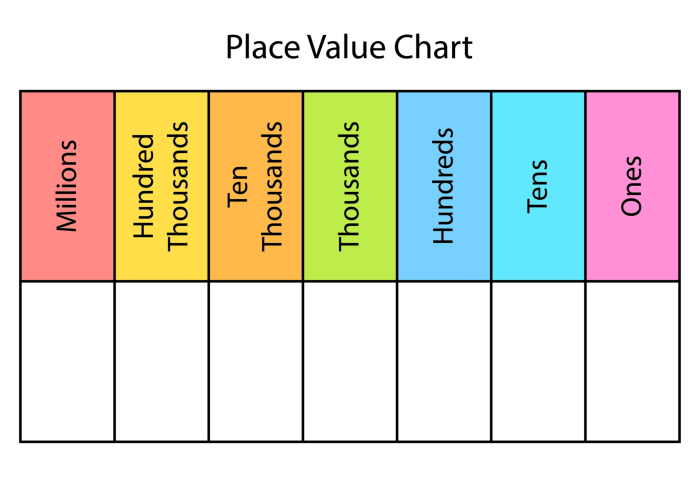 The numbers shown above are:

Sometimes it helps to read in groups of three.

To make it easier to read large numbers, it is usual to place a comma to separate them into groups of three:

Sometimes you will see them separated by a gap which works in the same way as the comma, making it easier to read the number.