Reduce a Ratio to its Simplest Form

In this worksheet, students practise simplifying a ratio with 3 or more parts. 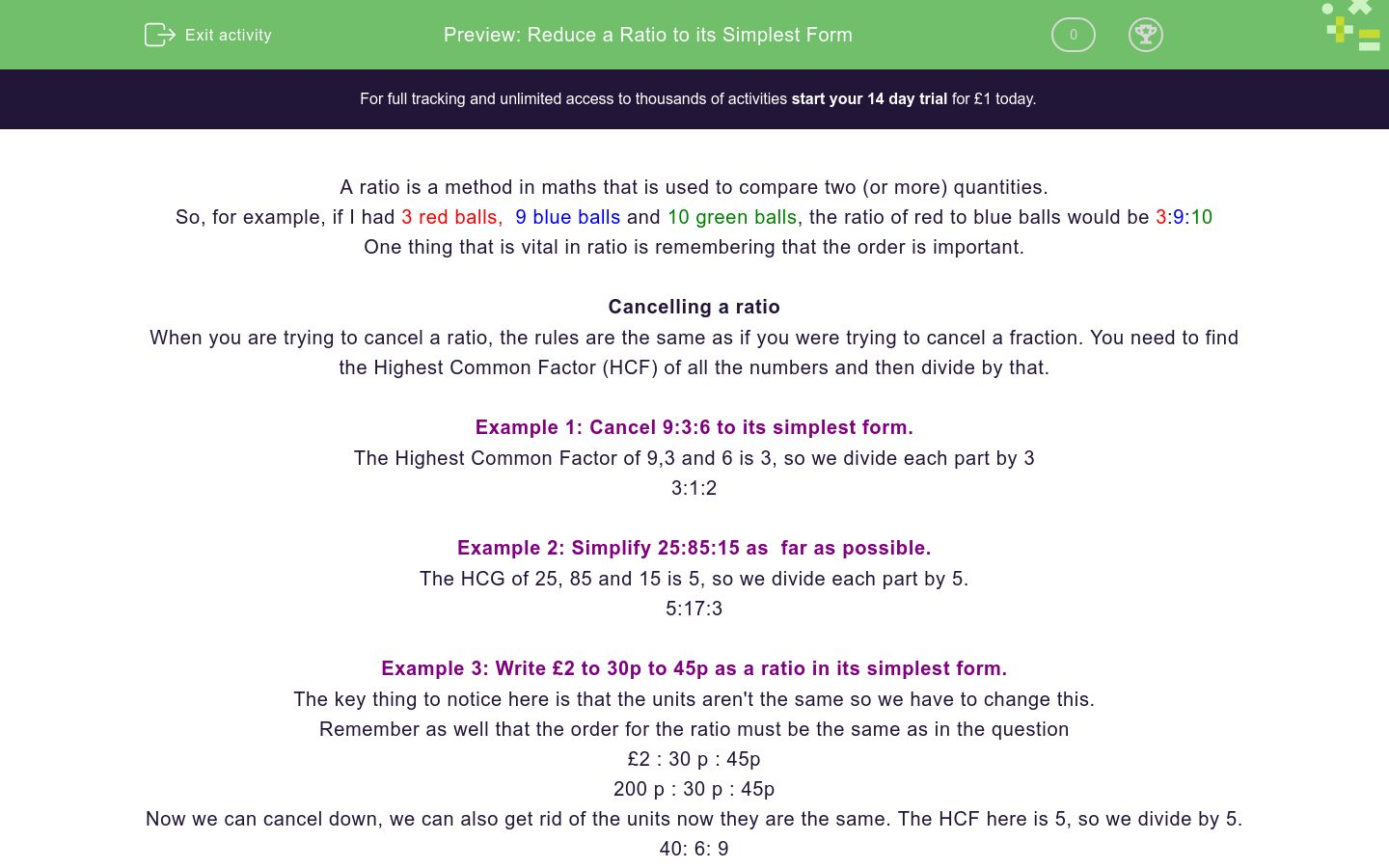 A ratio is a method in maths that is used to compare two (or more) quantities.

One thing that is vital in ratio is remembering that the order is important.

The key thing to notice here is that the units aren't the same so we have to change this.

Now we can cancel down, we can also get rid of the units now they are the same. The HCF here is 5, so we divide by 5.

When we are cancelling a ratio, we divide all parts by the...

When we write a ratio, the order is important.

Match the uncancelled ratio with their simplified form.

Which of these ratios are simplified versions of...

When we are cancelling a ratio, we divide all parts by the...

CORRECT ANSWER
EDDIE SAYS
It's those same three words we see every time we are cancelling anything. HCF: Highest Common Factor

When we write a ratio, the order is important.

CORRECT ANSWER
5:4:1
EDDIE SAYS
We need to find the HCF here which is 2. This means we need to divide by 2.

CORRECT ANSWER
EDDIE SAYS
The only numbers here that aren't common factors of all three are 5 and 14. While they are common factors of 2 of the numbers, it needs to be a common factor of all 3. Out of the rest of them, the biggest number you can divide all of them by is 7

Match the uncancelled ratio with their simplified form.

CORRECT ANSWER
EDDIE SAYS
Remember that you are always looking for the HCF. There are some as well that can't be simplified. 9:10:11, for example, has a HCF of 1 which means it cannot be reduced.

Which of these ratios are simplified versions of...

CORRECT ANSWER
1:3:2
7:21:14
3:9:6
EDDIE SAYS
It's important to notice here that the question doesn't ask for the simplest but 'a simplified version'. Did you notice they were all the valid?