In this worksheet, students will be looking at what simple machines do, what types there are and how they work to improve our lives.

Simple machines are what they say they are - machines that are simple! That means that they're not made with loads of complicated moving parts, like a drone, but with very few.

So, what's the job of a machine? Basically, it's to make life easier. That means that it must, somehow, multiply the amount of effort you put into a job to make it easier. So that means;

We're going to have a look at just three simple machines

Levers use some sort of pole or beam which pivots around a fulcrum. A see-saw is a really easy example of this.

Basically, the further away from the fulcrum someone sits, the greater the force-effect they have. That means that a small child sitting at the end can balance their big brother/sister sitting near the middle. There are loads of examples of levers you use: door handles, a spade, scissors, bike brakes, wheelbarrow and so on - all giving a big effect from a small effort.

Then there are pulleys - this is quite simply a rope or a cable passed around a wheel with a slot or groove in it: 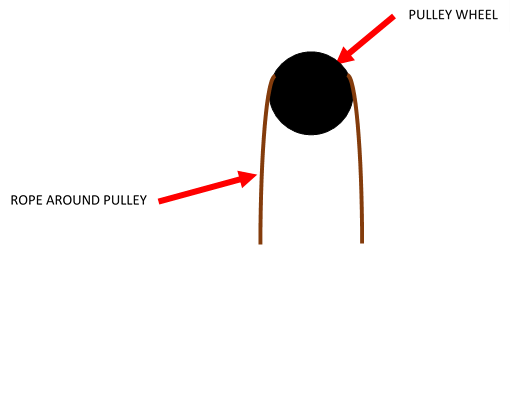 The pulley changes the direction of the force, meaning you can pull down to lift a heavy weight. If you were on holiday at a house where your water came from a well, you'd pull on the rope to lift up the heavy bucket of water.

Finally, gears are made of two or more wheels with teeth in. These teeth slot together (or mesh) so that when one wheel turns, it makes the other one move. 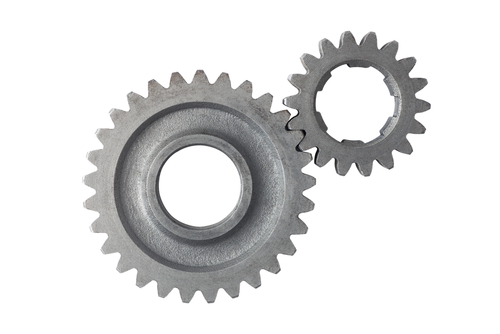 When the larger gear wheel turns clockwise, it spins the little gear wheel in the opposite direction (anticlockwise) and a lot faster - that means that a small effort from you on the big gear wheel gets a big effect on the little one. Many of the gears you use are inside the machines they're in, so it's hard to see them, e.g. in a car, electric drill, radio-controlled toy, etc. But you can see the gears on your bike and you know that you use a 'low gear' to go uphill - large gear wheel = less effort from you.

Let's have a look at some of these machines in action.