In this worksheet, students will have an overview of the various techniques used to separate mixtures and solutions.

Lots of things jumbled up together make a mixture. For example, sea water contains water, salt, sand and seaweed. It is easy to separate the salty sea water from the sand and seaweed by a method called filtration. The diagram illustrates how filtration is done in a scientific laboratory. 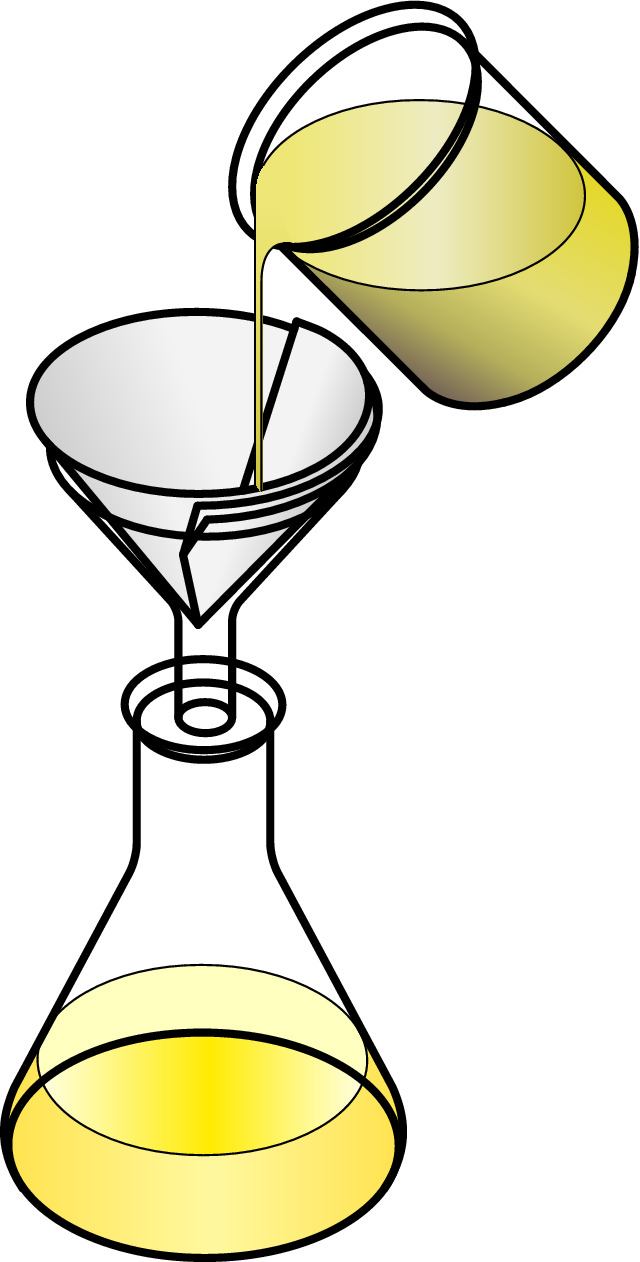 Salt particles, on the other hand, are too small and do not get trapped in the filter paper. Salt is dissolved in water and the two of them make a solution. Substances that make solutions cannot be separated by filtration. In the case of salt and water, salt on its own can only be obtained if the water is left to evaporate. The solution can be placed in an evaporating dish and can be heated so it can evaporate faster, like in the image below. 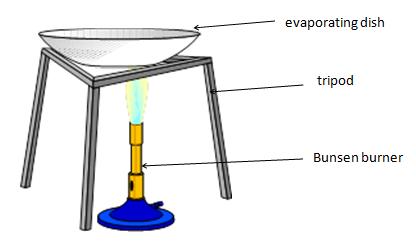 Distillation is another technique used to separate solvents from solutes, i.e. liquids from solids dissolved in them. For example, water can be separated from ink particles, as water particles evaporate when they reach their boiling point. They rise and enter a cooled tube, so they condense, which means they become liquid again and the pure water runs into a beaker. See the diagram below for the whole set of apparatus, which is called a still.

There is another separation technique called chromatography. This is described in a separate activity.