Describe Features of the Solar System

In this worksheet, students will answer questions on various aspects of our Solar System.

Curriculum subtopic:   Our Sun as a Star, Other Stars and Galaxies

This is a diagram of our Solar System. It is a group of planets that orbit the Sun.

The Sun is a star and the planets orbit due to its gravity.

This diagram is not to scale, as the Sun is much bigger than the planets. (The Sun is over 100 times wider than Earth and 10 times wider than Jupiter, the biggest planet in the Solar System). The distances between the Sun and the planets is also much greater. It is often illustrated like this, just to get it to all fit onto one page!

There are eight planets in the Solar System. It is important to remember them in the correct order of their distance from the Sun: Mercury, Venus, Earth, Mars, Jupiter, Saturn, Uranus, Neptune. Pluto used to be considered a planet, but scientists have changed their mind in recent years and now consider it to be a dwarf planet, along with Ceres and Eris. The diagram above does not show the planets in scale according to size or real distance between them. The further a planet is from the Sun the longer it takes to orbit it.

Between Mars and Jupiter there is an asteroid belt. The diagram above shows what it feels like to be in a moving asteroid belt! It is made of thousands of small lumps of rock. Some asteroids cross the orbit of the Earth and, if a huge asteroid collides with the Earth, it can cause a catastrophe.

It is believed that the dinosaurs became extinct when a huge asteroid hit the Earth 65 million years ago.

Comets are also part of the solar system. They are balls of dirty ice. Like planets, they orbit the Sun, but the shape of their orbit is very different. They do not have the Sun at the centre of their orbit and so will not be visible from Earth for very long periods. Some of the ice on a comet melts as it gets closer to the Sun, and it loses little pieces of gas and dust, leaving a "tail". 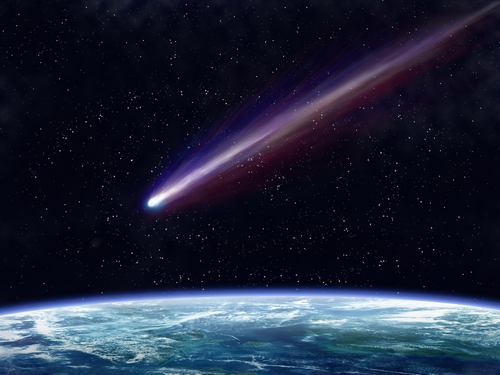 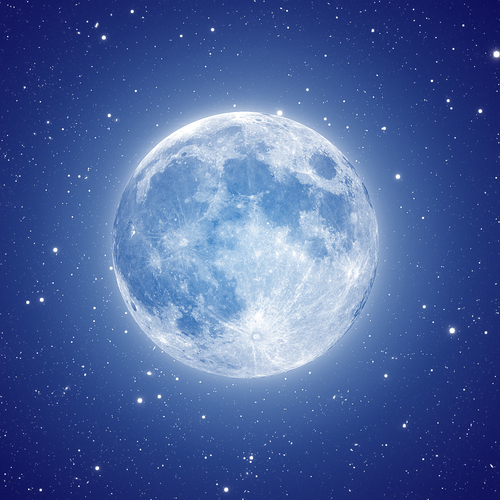 The moon is Earth's natural satellite.

Planets do not give out light but we can see them because they reflect light from the Sun. They look bright because they are much closer to the Earth than other stars. The only planet known to have living organisms on it is Earth. The other planets are too hot or too cold.