This worksheet describes the changes made to particles when materials are heated or cooled. Solid particles gain a considerable amount of energy and become conductors, whereas convection currents are created in liquids. Liquids would also evaporate into gases and there are various changes between the different states of matter.

Protective clothing is needed by many people for various reasons. Every day, we wear clothing to protect us from the cold or the sun, but some people need safety clothing because they work under extreme conditions; for example, in high temperatures or in the cold sea. 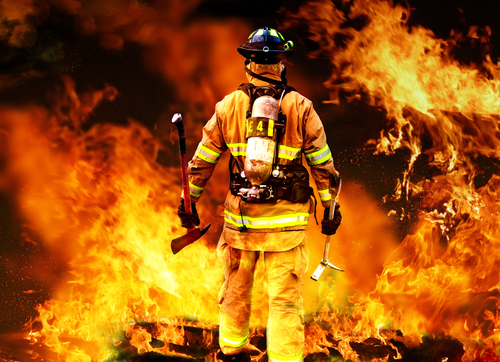 The effectiveness of protective clothing depends on the material used and how its particles are affected by energy changes. Solid particles gain energy when heated, they vibrate more and pass the energy to each other as they bump into each other. This is called conduction, which means the energy flows through the solid materials. Hot solid particles need more space to vibrate, so solids expand, but when they cool down they contract.

Liquid particles are further away from each other than in solids, so conduction does not take place very well and gases can hardly conduct, as their particles are too far away from each other. Liquids and gases are fluids, so in fluids, heat energy travels better by convection. When a fluid is heated, the particles move around faster. The fluid also expands and becomes less dense, as the particles ‘spread around’, so there are less particles in the same space. The hotter part of the fluid starts to rise, whereas the cooler fluid around it takes its place.

This image shows the changes of state between solids, liquids and gases:

You can change substances from one state to another by heating or cooling. The freezing and melting point of a substance are always the same temperature. Changing from solid to liquid needs energy to break the bonds holding the particles together.

Heat energy can also be transferred as radiation, also referred to as infrared radiation. All hot things emit (give out) radiation. Dark, matte materials absorb (take in) more radiation than light and shiny ones, which reflect radiation more easily. Thermal imaging measures infrared radiation and converts it into temperature. Thermal imaging is used for filming at night, taking satellite images of the temperature of parts of the earth, designing outdoor clothing and weather forecasting.

Below is an example of a thermal image, showing the hotter parts of the building as red, orange and yellow and the cooler ones as blue and green.