In this worksheet, students will explore mixtures. Mixtures can involve elements, compounds or elements and compounds!

A mixture is defined as:

'Two or more substances, mixed but not chemically joined.'

To put this a simpler way, it is two or more substances that are present in the same container but are not joined to each other by chemical bonds.

This is shown in the diagrams below: 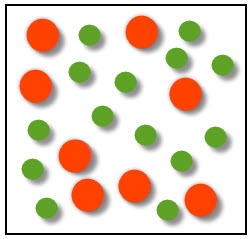 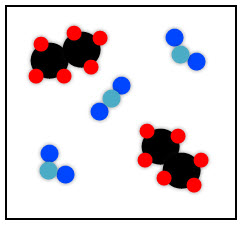 Shown here is a mixture of an element and a compound. The two pink atoms combined represent the element. The atoms are the same and so this is an element. The compound is made of different atoms bonded together. Air is a mixture of elements such as nitrogen and oxygen but also contains a small number of other gases such as carbon dioxide, and the noble gases. 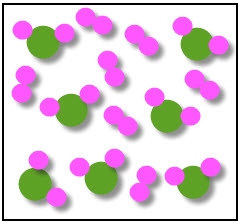