In this worksheet, students will explore the health risks associated with smoking and what effect it can have on the lungs.

We all know that smoking can damage health, but what is it that is in those tiny sticks that can cause so much harm?

These substances are all present in the dried tobacco that is burned when smokers inhale the smoke from their cigarette.  Cigarettes, cigars and pipe tobacco, and the smoke they produce, contain a variety of dangerous chemicals which can affect the body in different ways.

Nicotine is the addictive drug that causes smokers to crave cigarettes. It occurs naturally in the tobacco plant to help protect it from insects. When it enters the human body, it stimulates the nervous system, causing an increase in pulse rate and blood pressure.

When tobacco is burned, the gas carbon monoxide (dubbed 'the silent killer' due to its colourless, odourless and toxic nature) is released.  It is an extremely dangerous gas. Once in the bloodstream, it prevents the blood from carrying oxygen properly around the body.

The residue (remains) of the smoke from burning tobacco is tar.  Tar is a sticky, dark brown substance that can accumulate and coat the airways and lungs. This tar coating then makes gas exchange in the alveoli very difficult. 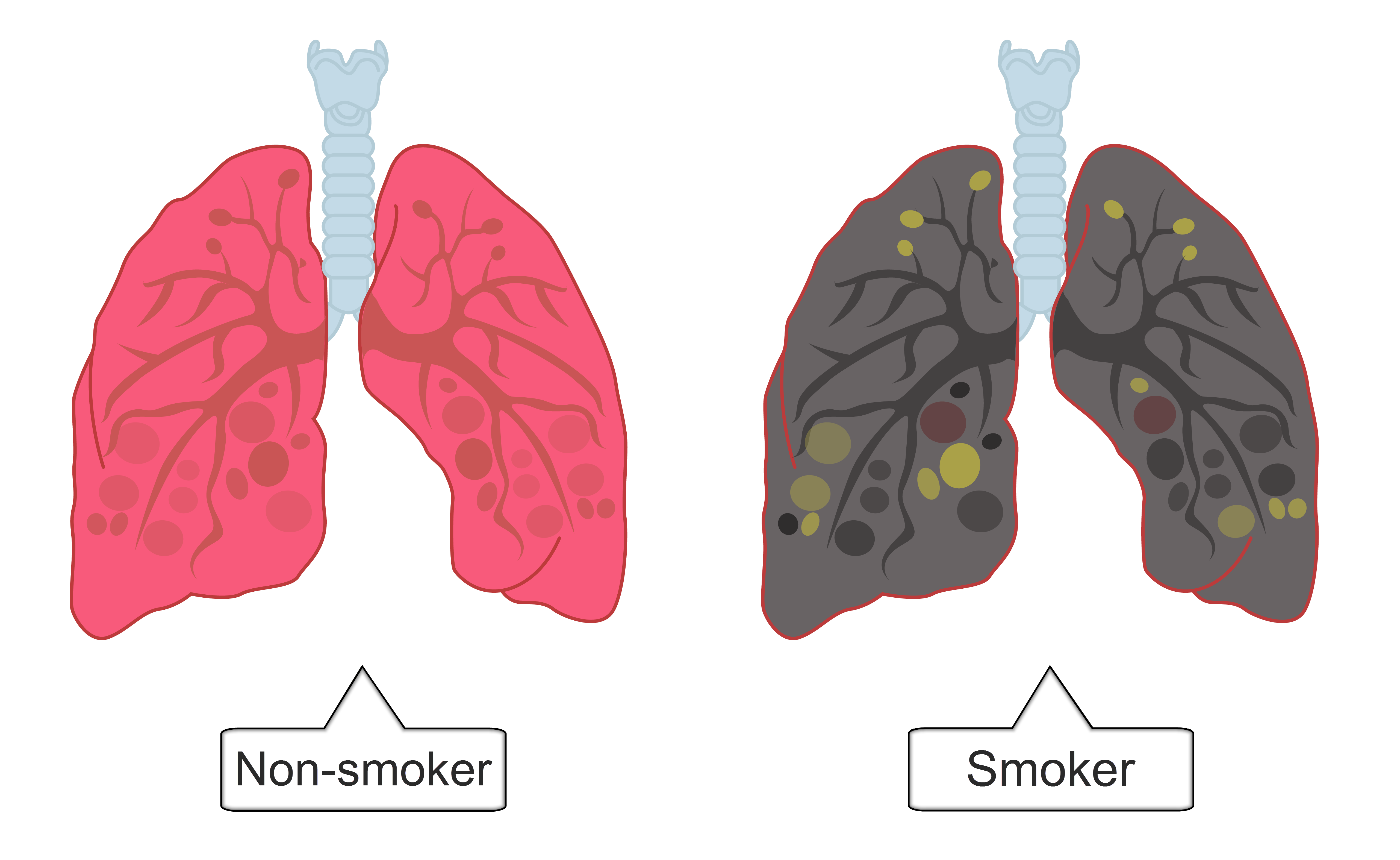 In the lungs, the cells that line the bronchi produce sticky mucus, which traps dirt and microbes. These cells have tiny hair-like cilia, which normally move the mucus and trapped dirt out of the lungs. The smoke and tar from cigarettes, however, damages the cilia, causing smokers to cough more in order to get rid of the mucus. This can ultimately lead to bronchitis.

Tar also contains other harmful substances, including carcinogens (chemicals that can cause cancer).

Cancer is an uncontrolled growth of cells resulting in the formation of a tumour.

Tobacco and cigarettes are known to cause cancer in the lungs, airways, throat, voicebox and mouth. 9 out of 10 people who die from lung cancer are smokers.

Smoking can affect the growth of an unborn child during all stages of pregnacy. When the mother's blood is polluted with carbon monoxide, the unborn child only receives around 90% of the oxygen that it should. Nicotine in the mother's bloodstream also reduces the amount of glucose going to the baby, resulting in poor brain development and tissue growth.

We will now answer some questions on the effects of smoking.