Understand How to Recognise Balanced Equations

In this worksheet, students will learn what balancing chemical equations means, as well as how to check if a reaction is balanced.

Balancing equations is a useful skill for showing how good a chemist you are -  this activity will help you understand what this means.

Remember that atoms are like building blocks - we can take atoms, and put them together to make different things. 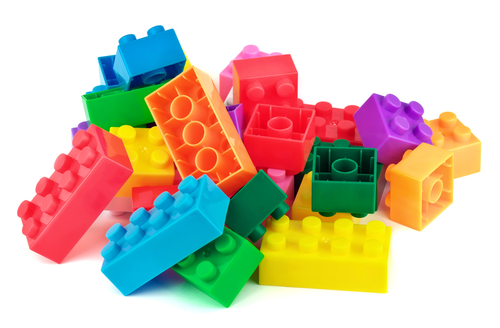 This idea gives us something called the Law of Conservation of Mass:

The Law of Conservation of Mass means we have to be careful how we write equations for chemical reactions. We write them like this:

It's a good idea to read the → as 'makes' or 'becomes', so you have the sense of before and after.

For the Law of Conservation of Mass to work, we have to have the same number of each type of atom on the reactants side of the arrow as on the products side. Let's see how that works:

Sodium and chlorine react to make sodium chloride. In symbols, we could try writing:

On the 'before' side, there's one Na atom, and also one Na on the 'after' side, so that is balanced.

However, for chlorine, there are two Cl atoms (the little subscript 2 in Cl2 means a molecule with two Cl atoms) before the reaction happens. On the 'after' side, there's one Cl. It's unbalanced because we've lost a Cl atom during the reaction, and that's not allowed.

The balanced version of this equation is:

2Na + Cl2 → 2NaCl (the large 2's in front of Na and NaCl mean that there are two copies of that chemical in the reaction).

No atoms have been made or destroyed, so the reaction is balanced.

If we need to balance an equation, we can't change the formulas of the chemicals we have, but we can change how many units of that chemical we use. So we were allowed to change NaCl to 2NaCl, but not to Na2Cl. We can change the large numbers, but not the small ones.

So remember - if you're checking whether or not a reaction is balanced, count the atoms before and after for each element in turn.

The Law of Conservation of Mass says that the numbers for each element have to be the same.