In this worksheet, students will learn the meaning of relative formula mass, how to calculate it and how to use it to predict the amount of chemical made in a reaction.

Curriculum subtopic:   Chemical Measurements, Conservation of Mass and the Quantative Interpretation of Chemical Equations Chemical Quantities How are the Amounts of Substances in Reactions Calculated? Purity and Separating Mixtures Calculations Involving Mass Chemical Formulae, Equations and Amount of Substance

When chemicals react, atoms inside them swap places to make new compounds, which are the products of the reaction.

We have the same atoms but in different patterns. One example of this is when we burn methane. 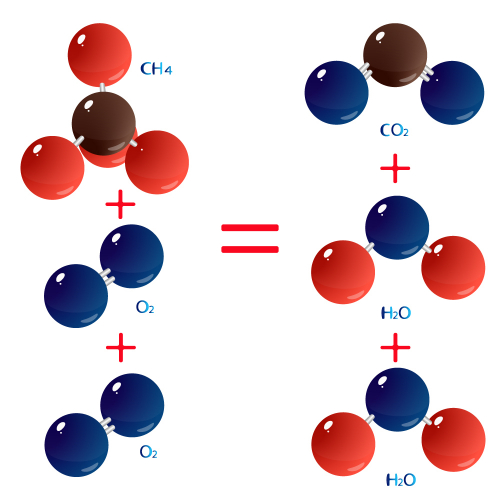 The ideas of relative atomic mass and relative formula mass help us to link these pictures to the real masses of actual objects.

The relative atomic mass, or Ar, describes the mass of an element - it's the mass number that you can look up in the periodic table: 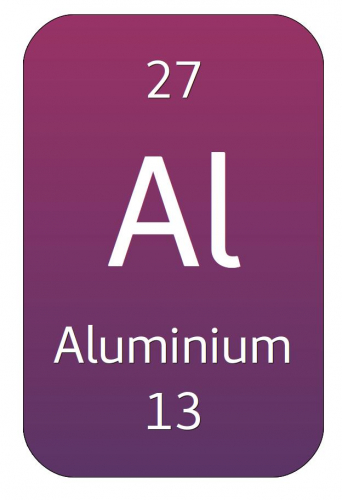 Although we often quote mass numbers as whole numbers, most are not exactly integers. The reason for this is that elements have different isotopes (atoms with the same number of protons, but different numbers of neutrons).

To work out the relative formula mass (Mr) of a compound or molecule, we just add the relative atomic masses of all the atoms in a chemical formula. Be careful to take account of the number of copies of each atom in the formula.

What is the relative formula mass of carbon dioxide, CO2?

It's a good idea to put brackets round the multiplications for each element - this makes sure that you get the right answer.

Some chemical formulas have brackets - copper nitrate is Cu(NO3)2. This means there are two units of NO3 in the formula. The atom count for this formula is CuN2O6.

The reason that relative formula masses are so useful is that they link atomic-scale and real world conservation of mass.

Let's go back to the burning (or combustion) or methane:

They also show balances between individual chemicals: 16 g of methane needs to react with 64 g of oxygen, and they make 44 g of carbon dioxide and 36 g of water.

Relative formula masses are a really powerful tool for predicting amounts of chemical produced in reactions. Like any calculations, don't take short cuts, so you don't get confused.