Explain how Electrolysis Is used in the Extraction of Substances

In this worksheet, students will learn how electrolysis is used to extract aluminium from aluminium oxide, and chlorine from sodium chloride, using rules of electrolysis to predict the substances produced at each electrode.

Curriculum subtopic:   Electrolysis Atoms Into Ions and Ions Into Atoms What Are Electrolytes and What Happens During Electrolysis? Reactivity Series and Extraction of Metals

Aluminium is an incredibly useful metal because it is both light and strong. In nature, we find it as aluminium oxide in rocks, and for a long time it was hard to extract aluminium metal from the oxide.

Electrolysis of molten aluminium oxide is the way we can do this. Although the process is scientifically simple, the practicalities of making it work are challenging. 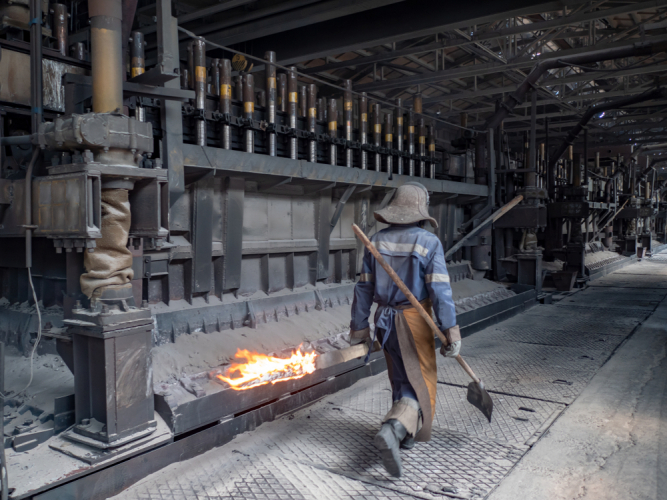 The first problem is making aluminium into a suitable electrolyte. Aluminium oxide does not dissolve in water, so we have to melt it for electrolysis to happen. The melting point of pure aluminium oxide is very high (over 2000ºC), but adding another mineral, called cryolite, reduces the melting point to about 1000ºC. This is helpful because it reduces the cost of the process.

Graphite electrodes are used, made of pure carbon. These are placed in the molten aluminium oxide/cryolite mixture. Then electrolysis starts. Since the electrolyte is a molten binary compound, it is simple to work out what occurs at each electrode:

The molten metal sinks to the bottom of the vessel, where it falls out and is collected.

The oxygen reacts with the carbon electrodes, making carbon dioxide. This gradually destroys the electrodes, so they have to be regularly replaced.

Electrolysis of aluminium oxide is expensive because of the cost of heating the substance, and also due to the cost of the electricity needed for the process. This means that aluminium is expensive, which is why it is so important to recycle it.

Chlorine is also a very useful element - it is used for cleaning, as a disinfectant and in bleach. Chlorine is added to water, such as in swimming pools, to kill bacteria. Some plastics (especially PVC) also need chlorine as an ingredient. Our main source of chlorine is sodium chloride. We use electrolysis to get chlorine out of sodium chloride. 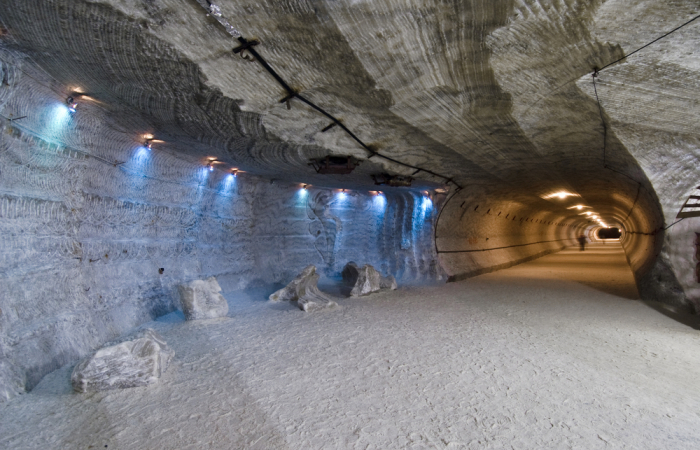 The easiest way to bring sodium chloride to the surface is to pump fresh water into the mine. Sodium chloride will dissolve in the water, so salty water will be pumped back to the surface. This gives us a solution which we can use for electrolysis. To be sure of what is produced, we need to compare the elements attracted to each electrode.

At the cathode: sodium stays in solution because it is more reactive, so hydrogen ions are turned into hydrogen atoms: 2H+ + 2 e- → H2.

At the anode: hydroxide stays in solution because the chloride is a halogen ion, so chloride ions are turned into chlorine atoms: 2Cl- → Cl2 + 2 e-.