In this worksheet, students practise identifying pronouns in sentences and substituting them for nouns. 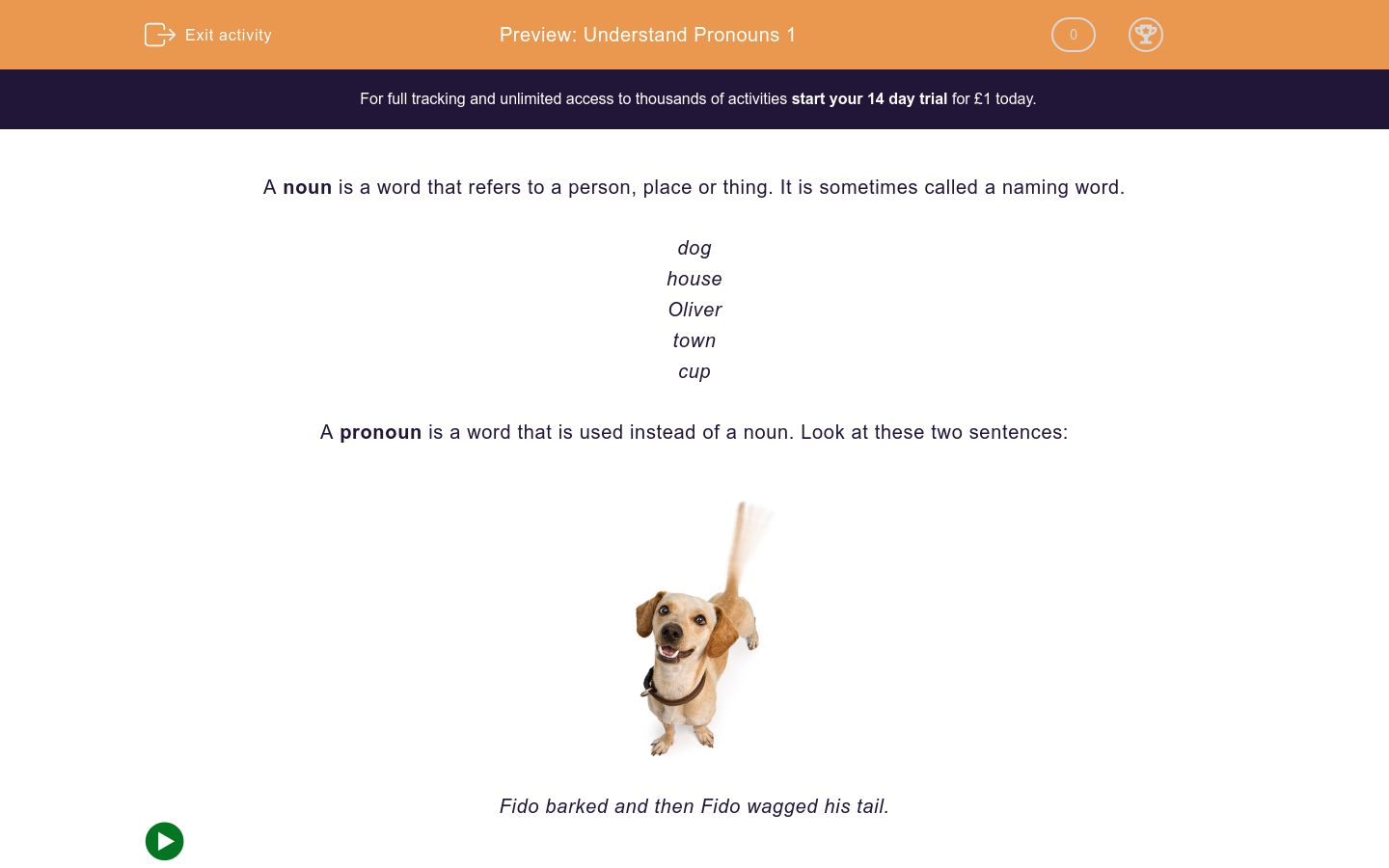 A noun is a word that refers to a person, place or thing. It is sometimes called a naming word.

A pronoun is a word that is used instead of a noun. Look at these two sentences:

Fido barked and then Fido wagged his tail.

Fido barked and then he wagged his tail.

In the second sentence the pronoun 'he' is used instead of repeating the noun 'Fido'. People reading the sentence would know that the word 'he' was referring to Fido.

In this activity, you need to choose the correct pronouns for different sentences.