Speech Marks: How to Use Them

In this worksheet, students revise how to punctuate direct speech, including the use of a comma before closing speech marks. 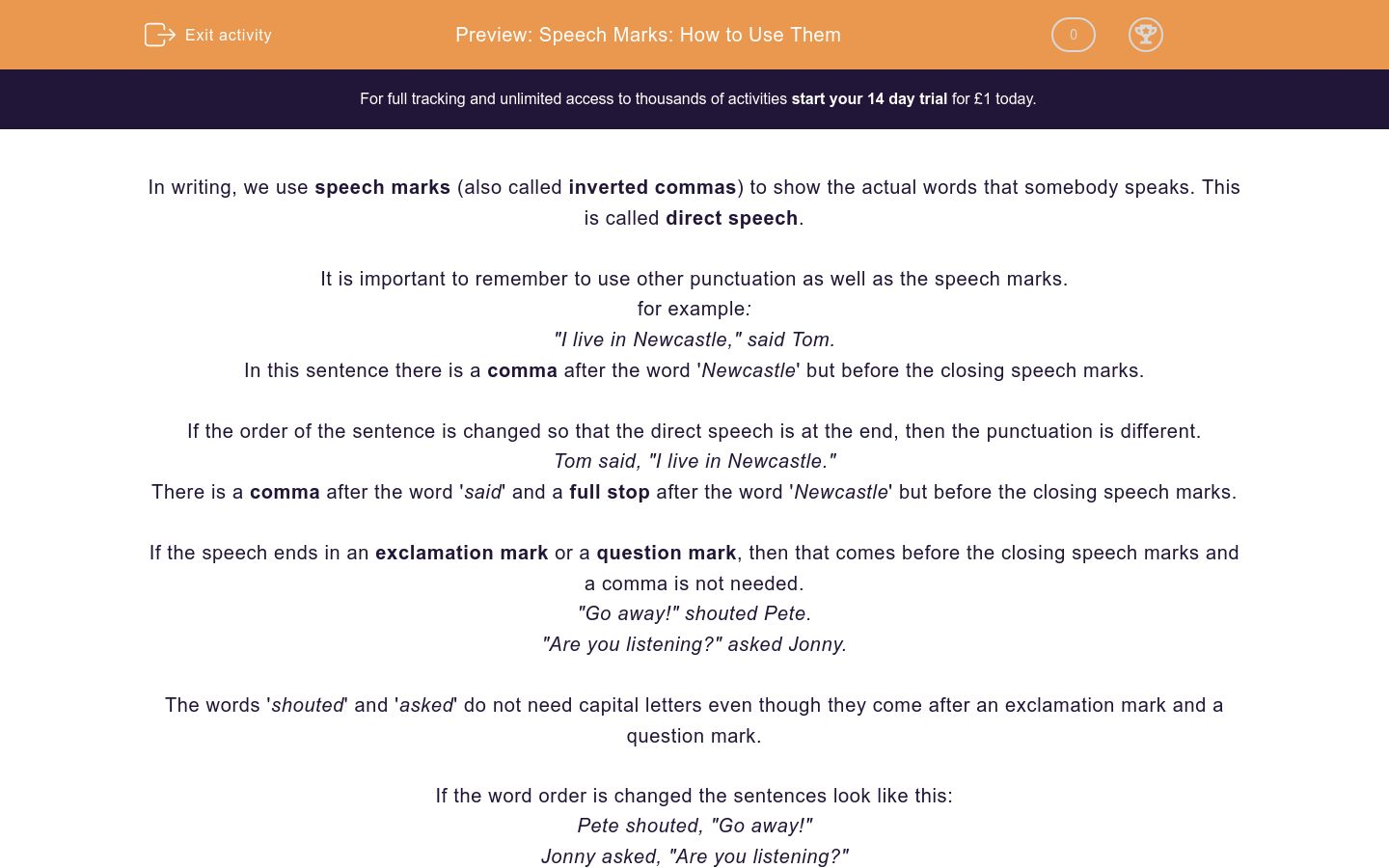 In writing, we use speech marks (also called inverted commas) to show the actual words that somebody speaks. This is called direct speech.

It is important to remember to use other punctuation as well as the speech marks.

"I live in Newcastle," said Tom.

In this sentence there is a comma after the word 'Newcastle' but before the closing speech marks.

If the order of the sentence is changed so that the direct speech is at the end, then the punctuation is different.

Tom said, "I live in Newcastle."

If the speech ends in an exclamation mark or a question mark, then that comes before the closing speech marks and a comma is not needed.

"Are you listening?" asked Jonny.

The words 'shouted' and 'asked' do not need capital letters even though they come after an exclamation mark and a question mark.

If the word order is changed the sentences look like this:

Jonny asked, "Are you listening?"

The first word of the direct speech always begins with a capital letter even if it is not the start of the sentence.

It is common in books for a single speech mark to be used instead of two. This is done on your keyboard by using the apostrophe key.