In this worksheet, students revise differentiating between personal, possessive and relative pronouns. 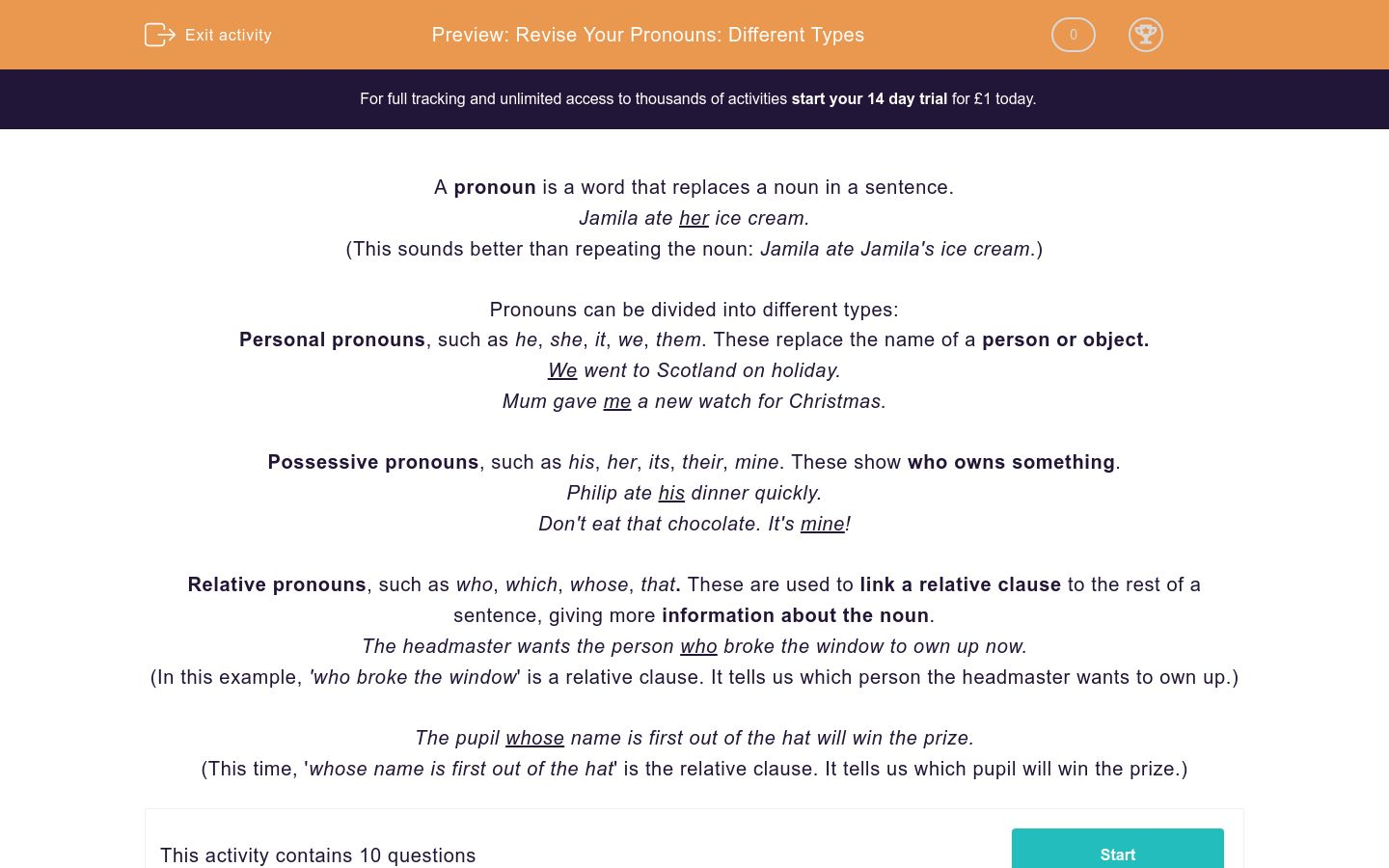 A pronoun is a word that replaces a noun in a sentence.

Pronouns can be divided into different types:

Personal pronouns, such as he, she, it, we, them. These replace the name of a person or object.

We went to Scotland on holiday.

Mum gave me a new watch for Christmas.

Possessive pronouns, such as his, her, its, their, mine. These show who owns something.

Don't eat that chocolate. It's mine!

Relative pronouns, such as who, which, whose, that. These are used to link a relative clause to the rest of a sentence, giving more information about the noun.

The headmaster wants the person who broke the window to own up now.

(In this example, 'who broke the window' is a relative clause. It tells us which person the headmaster wants to own up.)

The pupil whose name is first out of the hat will win the prize.

(This time, 'whose name is first out of the hat' is the relative clause. It tells us which pupil will win the prize.)