In this worksheet, students will be asked to calculate the missing angles on a straight line, in a quadrilateral, around a point and on an intersecting line.

In this activity, you will need to find missing angles.

Missing angles on a straight line

To calculate a missing angle on a straight line, take away the known angle from 180°. 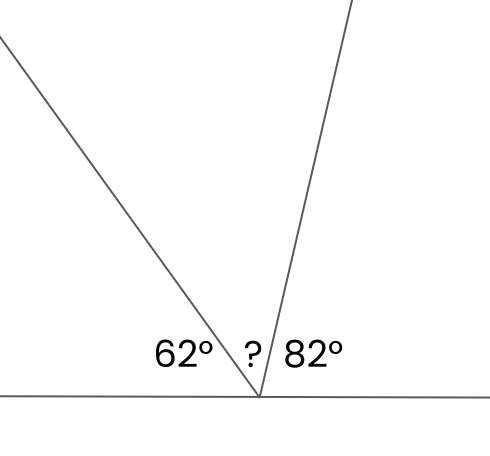 Missing angles in a full turn

To calculate a missing angle in a full turn, take away the known angle from 360°. 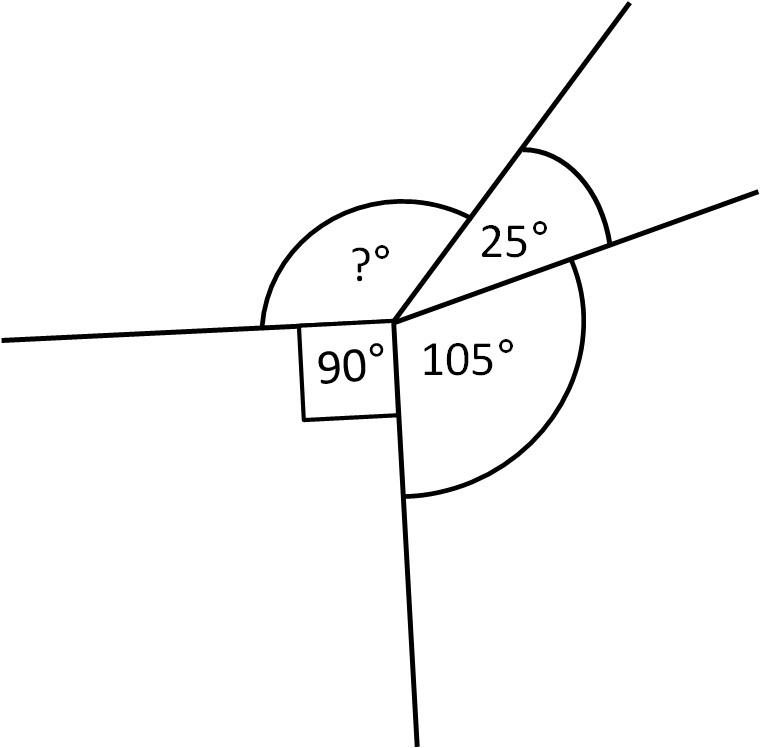 Opposite angles on a cross are equal.

A quadrilateral is any shape with four sides.

The angles in a quadrilateral add up to to 360°. 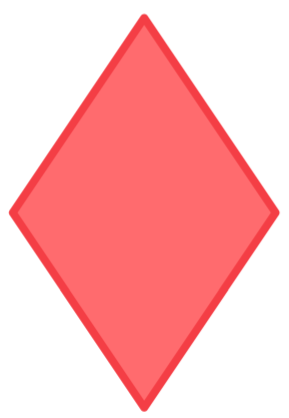 Let's have a go at some questions.