In this worksheet, students will identify similar triangles and use knowledge of proportions to work out the lengths of sides.

Triangles which have exactly the same angles are similar.

If two angles match, the third angle will automatically also match as the angle sum is always 180º.

We can find similar triangles when a triangle is cut by a line parallel to the base as in the example below: 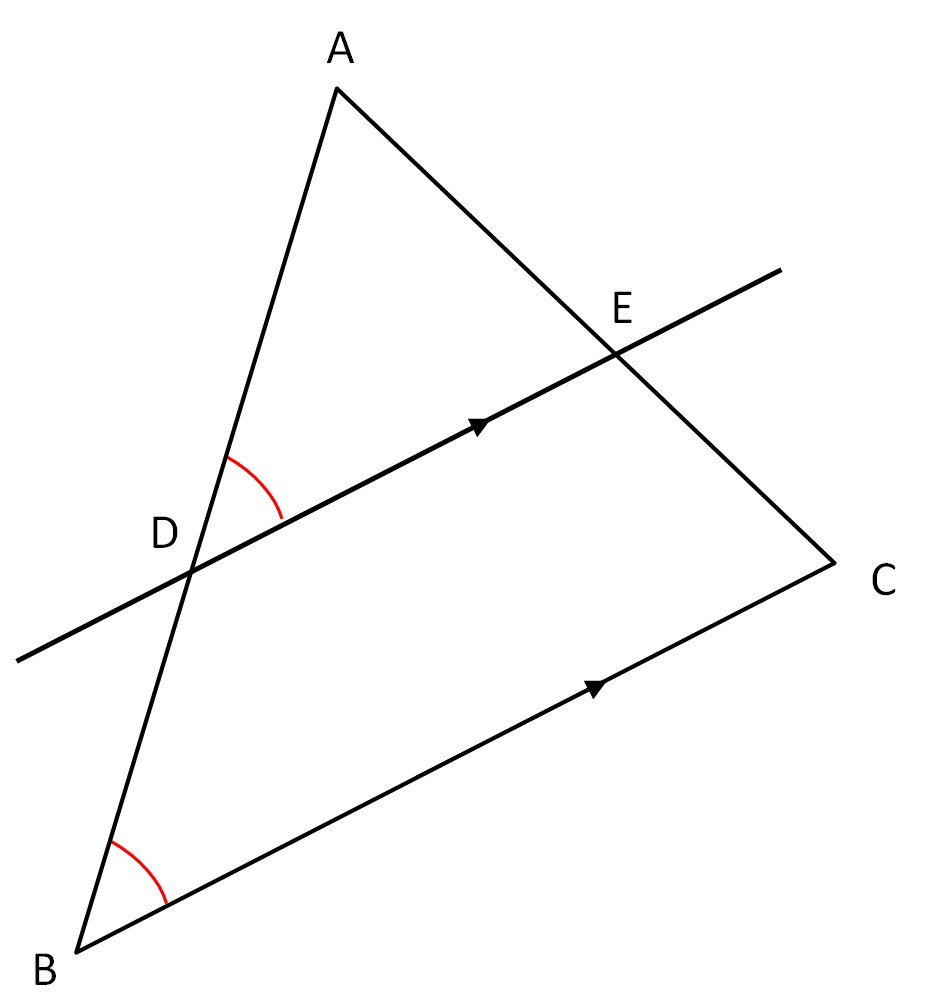 This is because the apex (top) angle is in both triangle ABC and in triangle ADE.

∠ABC = ∠ADE because they are corresponding angles on parallel lines.

The third angles automatically match and therefore the triangles are similar.

Separate the triangles to make the similar proportions easier to spot. 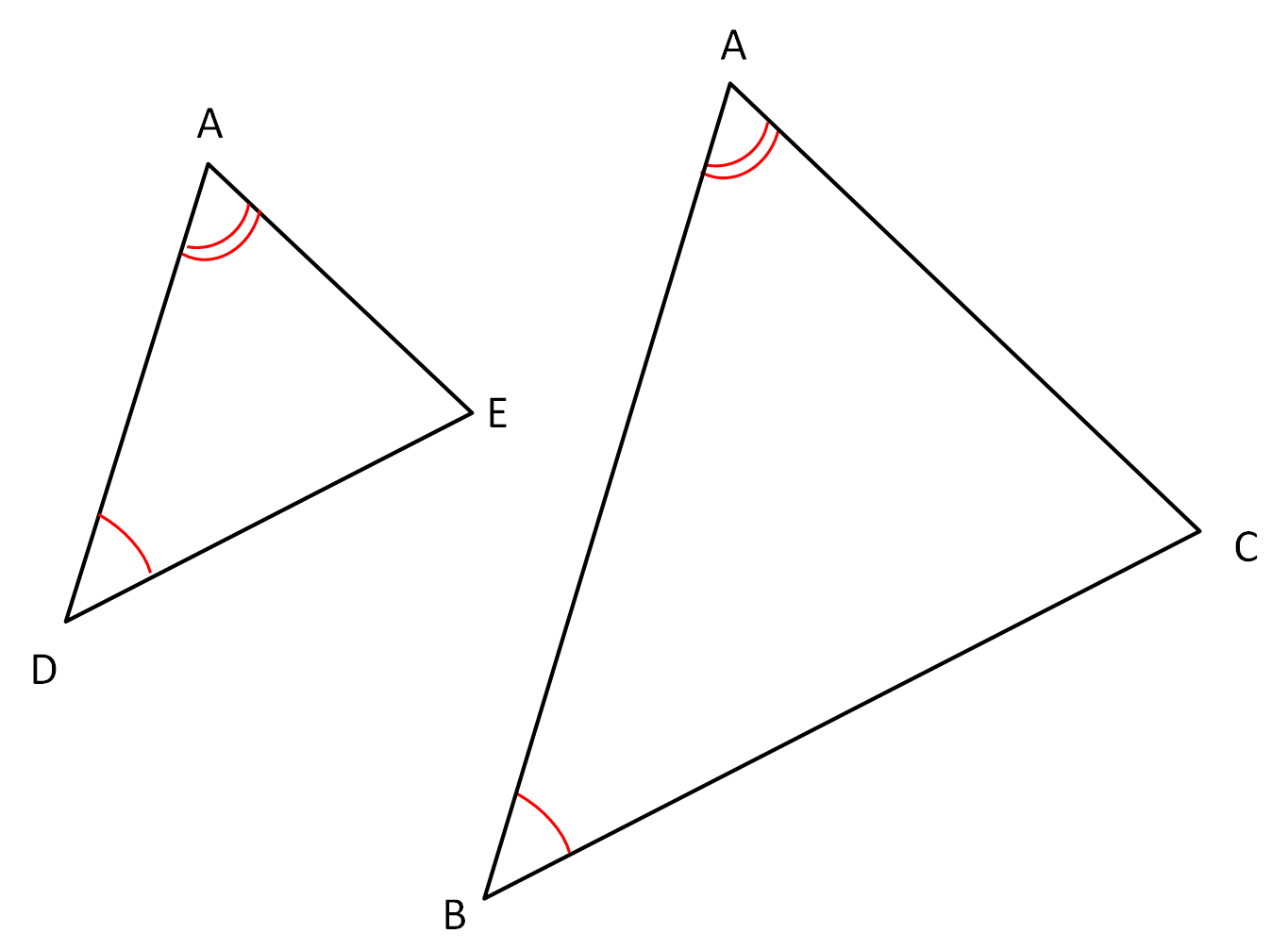 Find the value of y from the information given in this diagram. 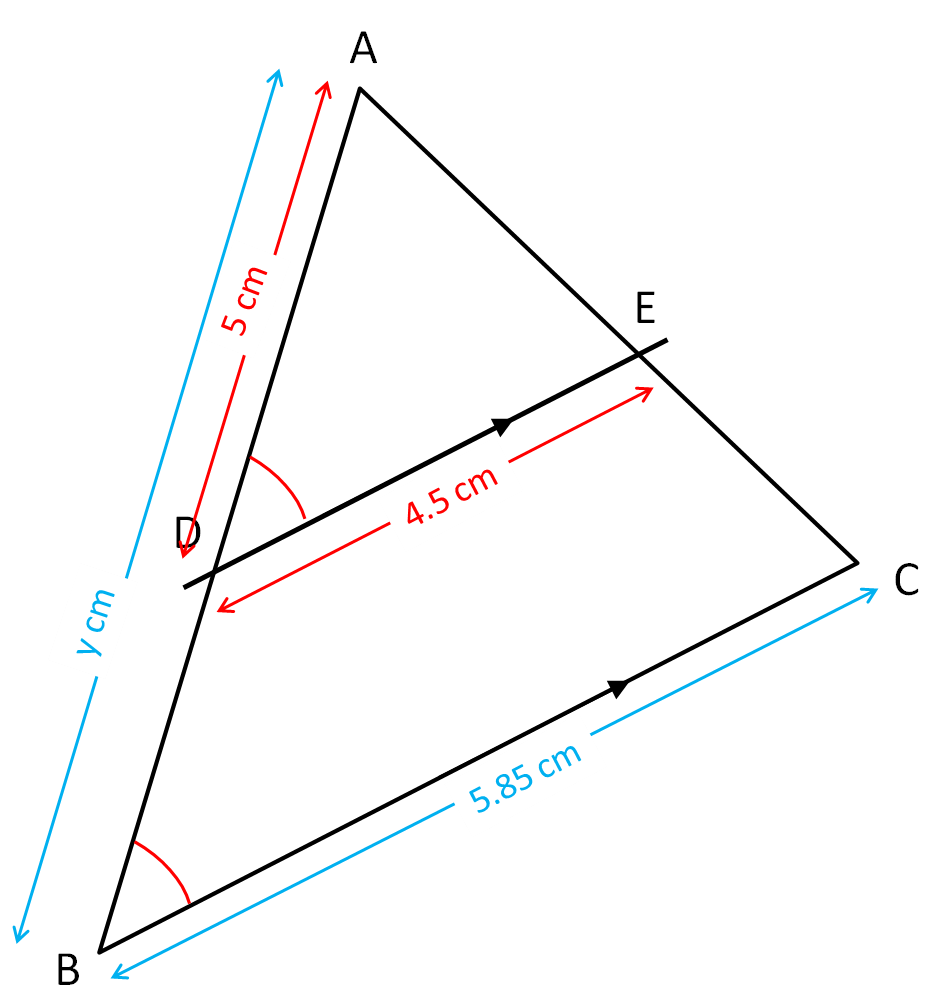 The triangles are similar because two angles match, and so will the third too.

Now, let's tackle some questions together!