In this worksheet, students will consider the reactions of acids andconcentrate on how they react with metal carbonates.

Acids react with metal carbonates such as calcium carbonate to produce a salt, water and carbon dioxide. This reaction can be shown in a word equation:

Calcium carbonate is found in rocks such as limestone, chalk and marble. These substances have been used for many years to make buildings and statues. For example, shown here is a picture of the Leshan Giant Buddah in China that was carved from limestone rock over one thousand years ago.

The statue is slowly being damaged by ACID RAIN. The acidic rain is reacting with the limestone it is made from, slowly eroding the statue. 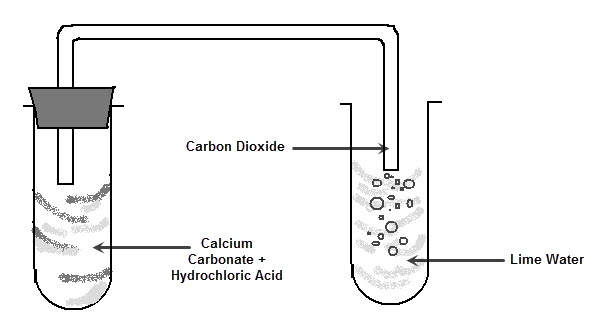 This reaction occurs when any metal carbonate is added to an acid.

Calcium Carbonate, along with some other carbonates, is also added to indigestion remedies to neutralise stomach acid.