In this worksheet, students will be introduced to the principle of moments and understand what turning forces are.

In the picture, a girl is watching her dad fix her bicycle tyre using a spanner. The spanner exerts a turning force on the axle nut and if the force is big enough, it can unscrew the nut. 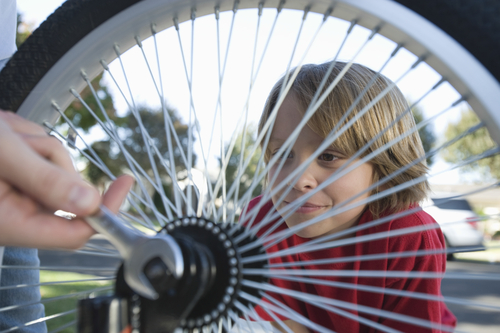 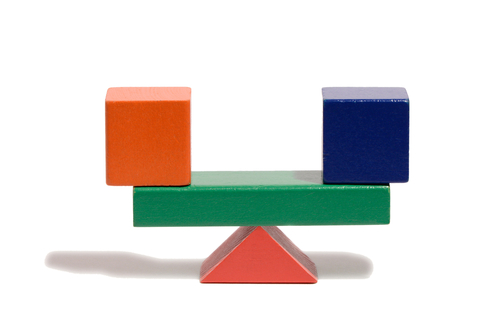 The effect of the force depends on the distance from the pivot. The effect is called moment. The moment of a turning force is given by the following formula:

Moment is measured in newton centimetres (Ncm) or newton metres (Nm). In order to increase the effect of a turning force, one can either increase the force itself by pulling or pushing harder, or can increase the distance from the pivot.

The cartoon shows a see-saw that is balanced, because of the way a family have sat on it. 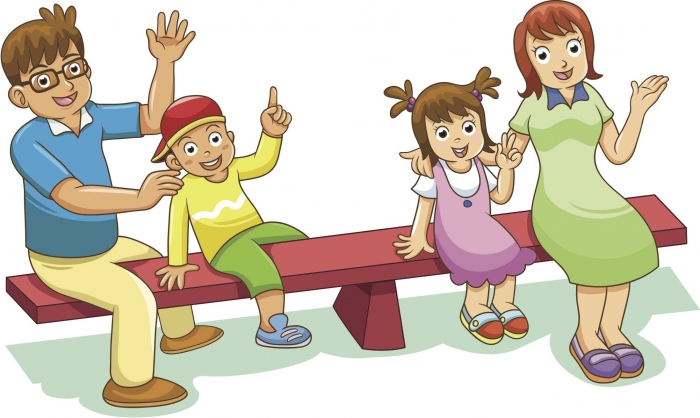