In this worksheet, students will be asked to match key cell features to their functions.

Living things or organisms are made up of cells. Some organisms may be made up of just a single cell (unicellular) like bacteria, whereas others are made up of many cells like a plant. Some cells have particular jobs they need to carry out and are called specialised cells.  We will be looking into this more closely below! 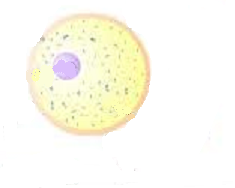 Ciliated epithelial cells   They have tiny hair-like projections called cilia that move in a wave-like motion. These cells are usually found in our breathing passages like our trachea and nose. The cilia sweep mucus, dust and bacteria up our trachea where it can be swallowed or spat out. Lovely!

In the following activity, you will be asked to match the key features of specialised cells with their functions.