In this worksheet, students will explain the structure and functions of neurones and synapses.

The nervous system is so important - it enables us to notice and react to danger, and protects us by using our senses! 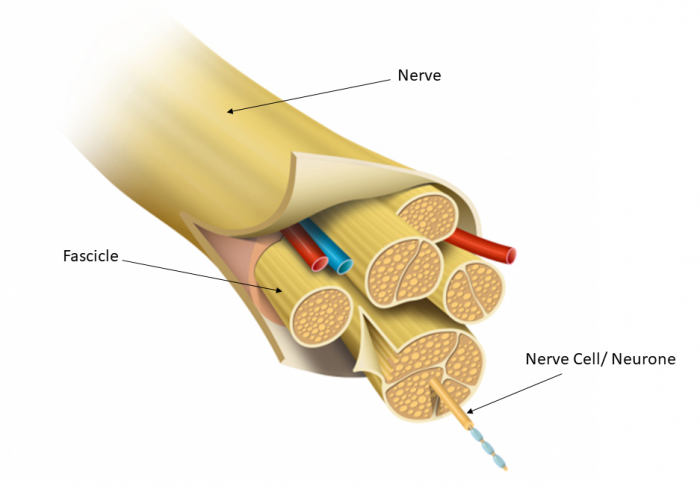 It's made up of many individual nerve cells called neurones, and their main function is to transport electrical signals around the body to control our internal and external processes.

There are three types of neurones: motor, sensory and relay, and while each one of them is unique, they also share some common functional adaptations.

Dendrites are on the cell body and axon terminals are on the other end of the neurone after the axon. 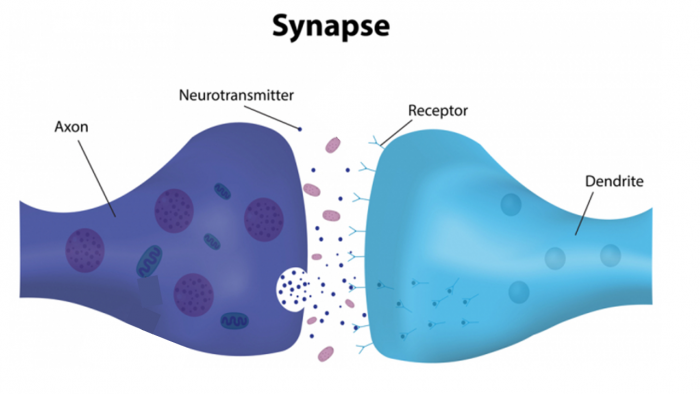 Neurones need synapses to communicate and pass along the electrical signals, allowing the axon terminals of one nerve cell to pass on information to the dendrites of the next cell.

Electrical signals can't pass through the air, so in the axon terminal, it's converted into specific chemicals called neurotransmitters.

These pass across a gap called the synaptic cleft to the receiving receptors on the dendrites of the other cell, where they trigger another electrical signal to be passed down the axon. 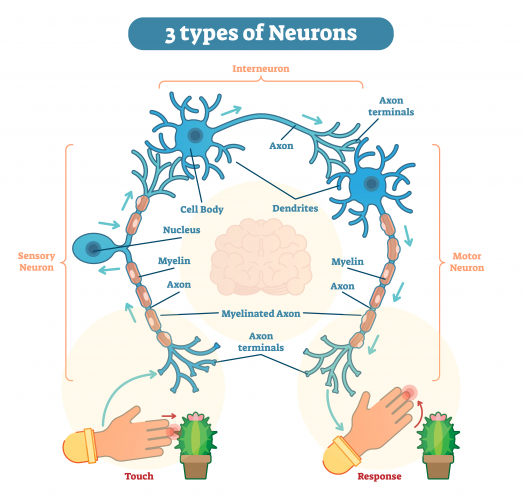 So let's put everything together - what happens when you touch something sharp?

1. Sensory receptors detect pain in the skin cells of your finger.

2. An electrical signal is generated at the cell body and travels down the sensory axon to the axon terminals.

3. Here, the sensory axon terminals synapse with a relay neuron and communicate with specific neurotransmitters.

4. The relay neurone carries the signal to its terminals, which then synapse with the motor neurone.

5. A motor neurone then takes the electrical signal to the muscles of the finger, and makes them contract to make you move away from the stimulus.

A lot to remember in this topic! Let's move on to the questions to see how you get on!