Use Collision Theory to Explain the Factors that Affect Reaction Rates

In this worksheet, students will explore how the rate of a reaction is affected by temperature, concentration, surface area and the use of catalysts. The student will then link these factors to the idea of collision theory.

Suppose that we have a chemical reaction that we would like to happen faster. For example, if we could speed up the reactions in fireworks, the bang would be louder, the sparks would move faster and be brighter. It would be great. 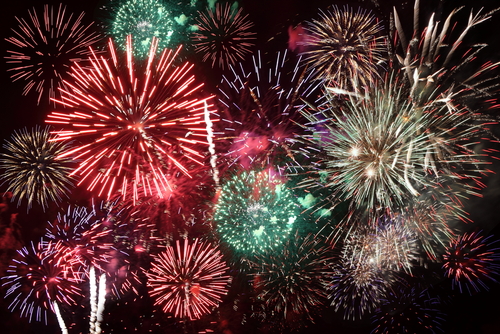 Imagine running a factory that makes chemicals for medicines. If we could make the chemicals we needed more quickly, we could sell them faster and more profitably (time is money).

On the other hand, some chemical reactions are harmful - such as the chemical weathering of buildings and statues.

There are five ways that we can speed up (or slow down) a chemical reaction, all linked by collision theory:

For two particles to react, they have to collide in the right orientation and with enough energy to break the atomic bonds in the particles.

The more frequently these collisions happen, the faster the rate of reaction will be.

From this, we get five factors which affect the rate of a reaction:

All of these factors affect the reaction rate by changing the frequency of collisions between reactant particles, or changing the likelihood that a collision will be successful (right orientation and enough energy).

As well as learning the five factors, think about the connections to collision theory.

When the temperature increases, the particles have more energy. More energy means more movement, so the frequency of collisions increases.

Also, the collisions that happen have more energy, so are more likely to cause bond-breaking. Both these factors increase the rate of reaction.

When a solid chemical is broken down into smaller pieces - or even a powder - there are more particles that can react, as the diagram below shows.

One example of this is that custard powder is very explosive because the powder has very small grains.

A catalyst is a chemical that speeds up a reaction without being used in it. Catalysts are specific to reactions, so the catalyst for one reaction would not work for another.

In biology, catalysts are called enzymes - it's a different name for the same idea. 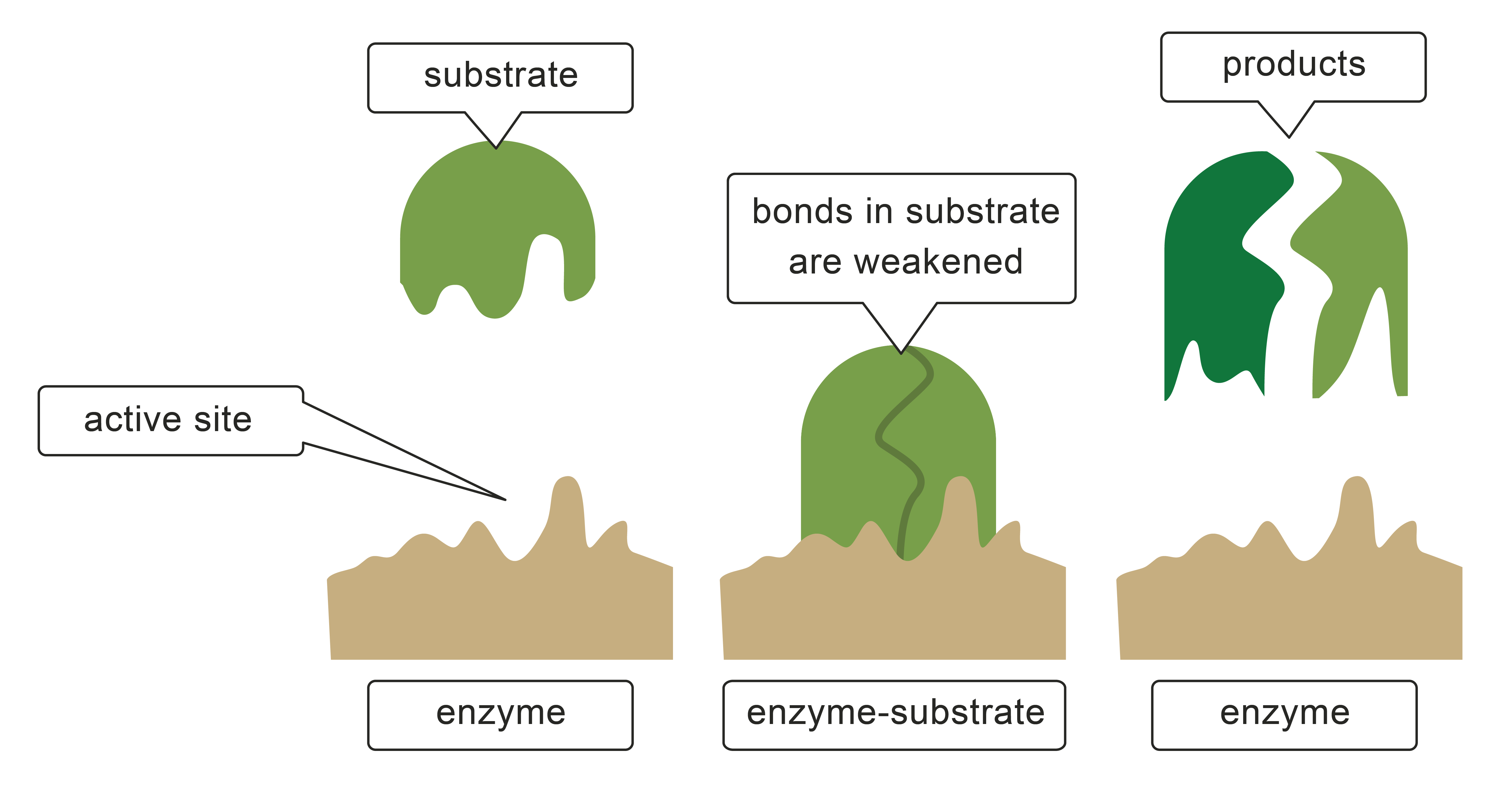 Catalysts don't increase the frequency of collisions, but they do make collisions more likely to be successful.

In the diagram, the catalyst is the brown shape at the bottom of the picture. It holds the reactants in specific positions and orientations, which are the correct ones for a reaction to happen. The catalyst (or enzyme) can also make chemical bonds to the reactants which weaken some of the bonds which need to be broken for a reaction to take place.

If less energy is needed to turn a collision into a reaction, there is a higher chance that a collision will cause a reaction. In terms of energy level diagrams, we say that the catalyst has reduced the activation energy.

If we want a reaction to go more quickly, we can try these things:

Increasing the concentration of the reactants in solution.

Increasing the pressure of the reactants, if they are a gas.

Increasing the surface area, by grinding the solid into smaller pieces.

Using a catalyst (called an enzyme in biology).

If we want a reaction to go more slowly, we can try the opposite of these things.

Are you ready to have a go at some questions?