In this worksheet, students will learn about fractional distillation, the process used to separate crude oil into its different products.

When we get crude oil out of the ground, it isn't very useful. It's a sticky mess, a bit like treacle - but not as nice to eat. 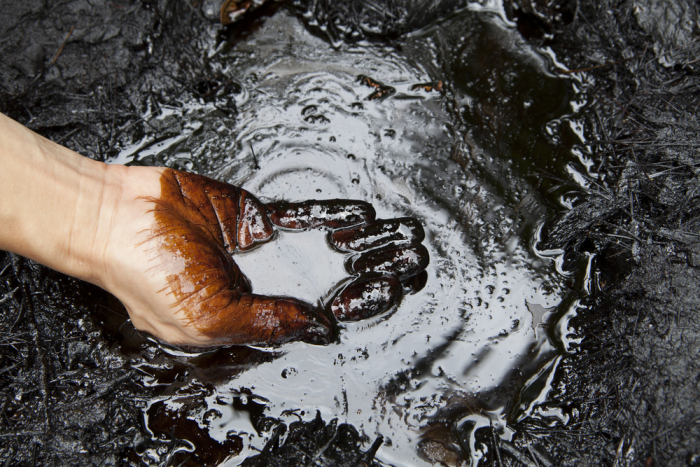 Crude oil is a mixture of hydrocarbons (substances made of carbon and hydrogen only). Each different hydrocarbon is much more useful - and much more valuable - if we can separate them out.

In order to separate crude oil into its components, it needs to be heated through a process called fractional distillation. Here is a diagram that shows how crude oil is separated:

Crude oil is pumped into the bottom of the fractionating column, and heated to about 350°C. This is hot enough for most of the liquid oil to turn to gas.

As the gas rises up the fractionating column, it cools. When it gets cool enough, some of the gas condenses back into liquid. The liquid is collected where it forms, and pumped out.

Each part of the fractionating column collects a different fraction - part of the oil with a certain boiling temperature.

Each of these fractions (refinery gas, petrol, naptha and so on) is still a mixture, but each fraction only contains a few, very similar, types of hydrocarbon. The molecules in each fraction are similar enough to be useful, even when mixed together.

Refinery gas contains molecules such as methane, ethane and propane -  very small molecules with a very low boiling temperature. This means that they remain gases, even at the colder top of the refinery. This is the structure of ethane:

Petrol contains molecules like hexane, octane and decane. These molecules are larger, so the boiling temperature is a bit higher. This is the structure of hexane:

Diesel contains even larger hydrocarbon molecules, with between 15 and 20 carbon atoms in the backbone. These have even higher boiling points, such as pentadecane (15 carbon atoms): 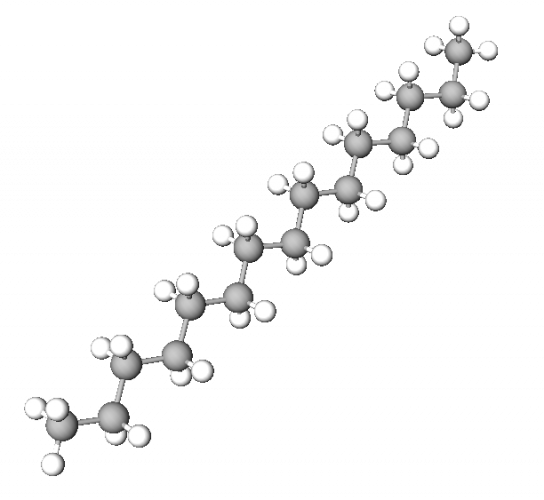 How does chain length affect the properties of the hydrocarbons?

Longer molecules have higher boiling points
The component hydrocarbon molecules are long chains held together by intermolecular forces (inter means between). The forces are broken while boiling.

Lighter molecules with shorter chains need less energy for the forces to be broken, so they are easily separated. They have low boiling points.

Heavy molecules, like the ones in bitumen, have longer chains and more energy is needed to separate them. They have high boiling points.

There's a lot to think about when you are learning about fractional distillation. Make sure you know the names of the fractions, and what they are used for.

The patterns will help you - small molecules leave the refinery at the top of the column, and large ones at the bottom. Those patterns link to what you know about intermolecular forces, and the structure of alkanes.