Investigate Evidence for Changes in the Atmosphere

This activity is about the air around us - what it's like now, and what it was like in the past. 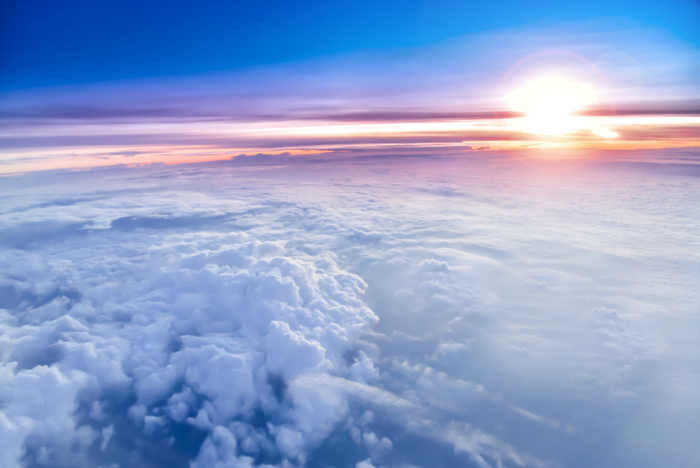 It would be really cool to find this out by going in a time machine, but they don't exist. Fortunately, scientists can use evidence to work out what the Earth's atmosphere was like in the past, and compare it with what we have now.

As you think about this topic, notice how scientists can get evidence for the past from surprising sources.

This pie chart shows the composition of the atmosphere today: 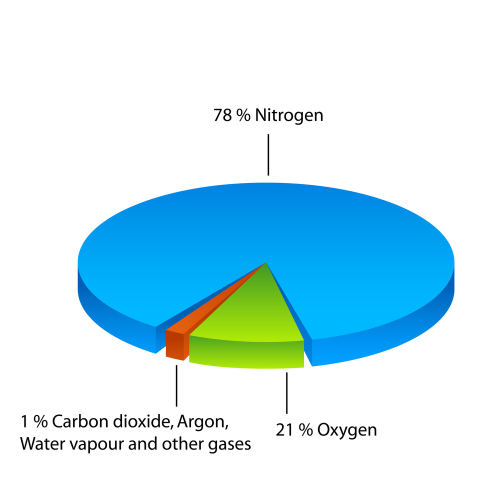 Earth's atmosphere in the past

The outline story of the Earth's atmosphere is something like this:

Let's start at the beginning, when the Earth first formed. Almost no rocks from that time exist on Earth, so we have to be very ingenious when looking for evidence.

What was Earth's original atmosphere like, and what evidence do we have?

The planet Venus is like the Earth in some ways, but its atmosphere is very different. The atmosphere on Venus is nearly all carbon dioxide, with a small amount of nitrogen. Scientists think that Earth's atmosphere when it first formed (about 4.6 billion years ago) was like this, with lots of carbon dioxide and water vapour which had escaped from volcanoes. One piece of evidence we have for this happening on Earth is from studying volcanoes which erupt today, and observing the gases they give off. 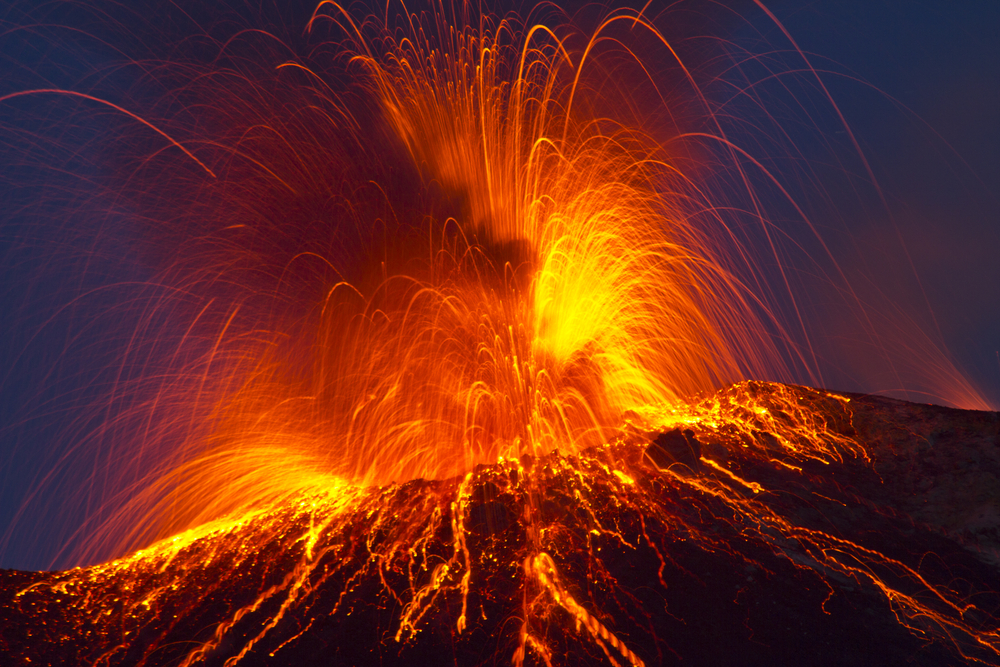 How did the formation of oceans affect the atmosphere, and what evidence do we have?

Gradually, the Earth cooled down. About 3.8 billion years ago, it became cool enough for water vapour in the atmosphere to condense and make liquid water, which collected in oceans. A lot of the original carbon dioxide went from the atmosphere into the oceans. The big clue that there was liquid water on the Earth's surface at this time is that the oldest sedimentary rocks are about 3.8 billion years old. Without water, sedimentary rocks can't form. Some of these rocks contain carbonate minerals, and we know from the modern carbon cycle that the formation of carbonate rocks removes carbon dioxide from the atmosphere.

How did the appearance of algae affect the atmosphere, and what evidence do we have?

The next big change was the appearance of algae on planet Earth, about 3.5 billion years ago. Algae are small green organisms. They look like plants, but their cells are organised differently. You often see them floating on the top of ponds, like this: 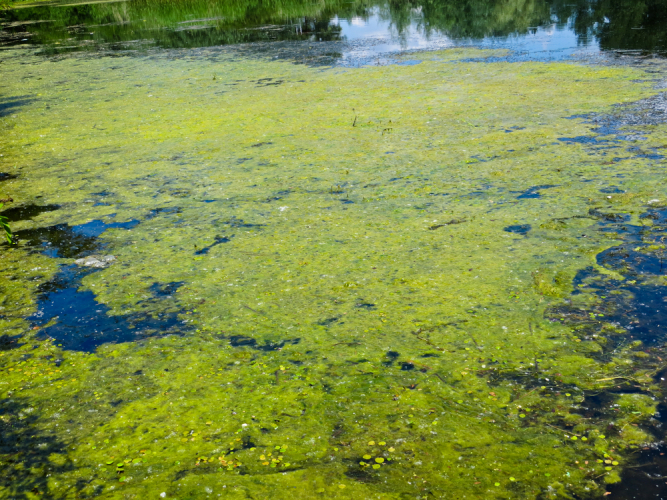 Green plants gradually converted nearly all of the carbon dioxide in the Earth's atmosphere to oxygen, by photosynthesis:

We know when algae evolved from studying the fossil record - we can see fossil algae in rocks up to 3.5 billion years old, but not in older rocks. We know their effect by observing modern algae.

Some of the oxygen produced ended up in rocks (for example, iron oxide), but after a long time, oxygen gas collected in the atmosphere as well. That eventually gave us the atmosphere we have now. The clue that this happened is a type of rock called the banded iron formation: 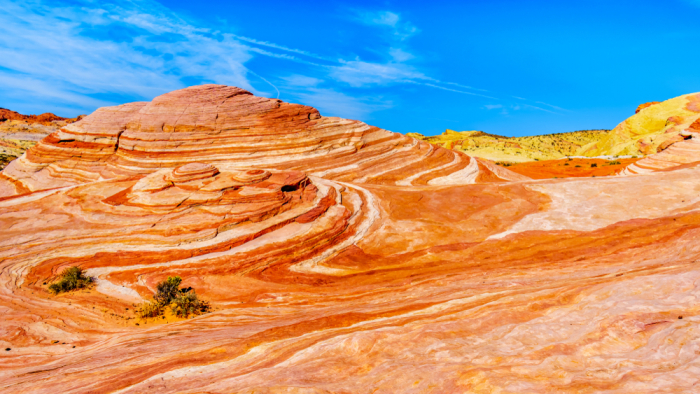 These rocks formed in lots of places around the world, but only about 2 billion years ago. The red bands are iron oxide, which carried away the oxygen produced by algae. Once all the available iron had been oxidised, silica was deposited instead. These two types of rock alternated until there was nothing left to oxidise. Only after that, did oxygen collect in the atmosphere.

Another piece of evidence is the way that plant fossils have changed over time. Plant leaves have holes (called stomata) where carbon dioxide can enter the leaf for photosynthesis. Ancient leaf fossils have many fewer stomata than modern plants. We think this is because there used to be more carbon dioxide in the atmosphere, so it was easier for plants to collect the carbon dioxide they needed. As carbon dioxide levels have fallen, plants have needed more stomata.

That's the outline of the story. Scientists aren't exactly sure about the precise dates, or some of the details, but this outline is consistent with a lot of things we see around us. Without a time machine (and nobody knows how to make one of those), it's the best we can do.