In this worksheet, students will learn how to perform an experiment to show osmosis using water concentrations in a potato.

The potato really is a great vegetable – you can make roast potatoes, mashed potatoes, baked potatoes and chips. The potato is really useful in another way too though - scientists use it to investigate the effects of osmosis on living plant cells.

But what does osmosis actually mean? Well, osmosis is “the diffusion of water molecules, from a region of high water concentration, to a region of lower water concentration, across a partially permeable membrane”. The cell membrane of a potato cell acts as the partially permeable membrane - it has gaps that are small enough for water molecules to move through, but too large for things like sugar or salt particles to fit through.

1.  Use a cork borer to cut five cylinders from a fresh potato. Use the same borer so that all the cylinders are the same diameter.

2.  Use a knife or scalpel to cut the cylinders so that they are all the same length (3 cm is a suitable length).

4.  Set up four boiling tubes containing one of each of these solutions (label each tube with the correct concentration using a waterproof pen). Also, set up a control with distilled water (sugar concentration 0.0 mol dm-3) . 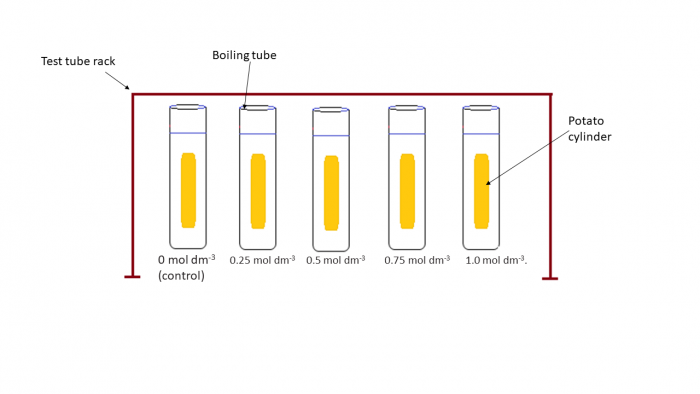 6.  Leave the potato cylinders in their sugar solutions for a set amount of time, for example 24 hours.

7.  Take each cylinder out of the boiling tube and blot it dry with a paper towel (this removes any water before measuring its final mass).

8.  Measure the new mass of each cylinder and record the result in your table. You should find that the cylinders will decrease or increase in mass depending on whether they have lost or gained water by osmosis.

Say the concentration of cell sap in your potato is exactly 0.6 mol dm-3.

In the 0.25 mol dm-3 solution, the sugar concentration of the potato is higher than in the solution - this means that there are more sugar particles in the cell sap of the potato cells compared to the solution outside. Water molecules will therefore move into the potato by osmosis ( the water moves in from high water levels to lower water levels in order to even out the two concentrations). The mass of the cylinder will increase as a result. 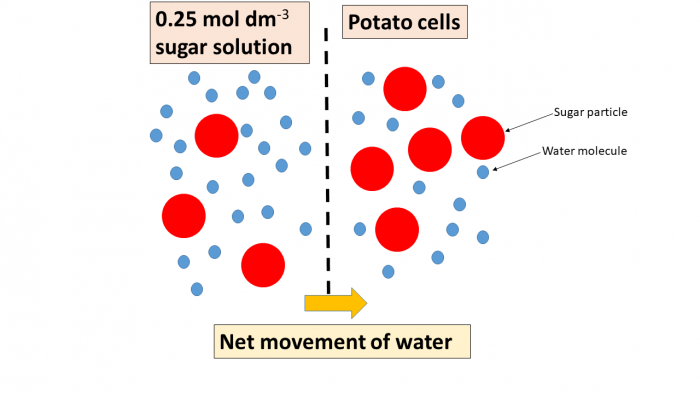 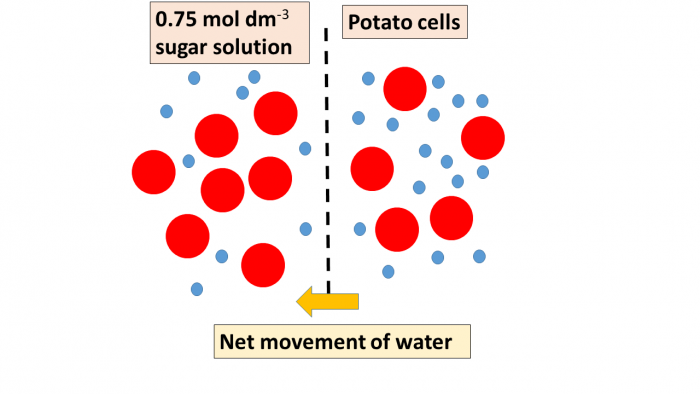 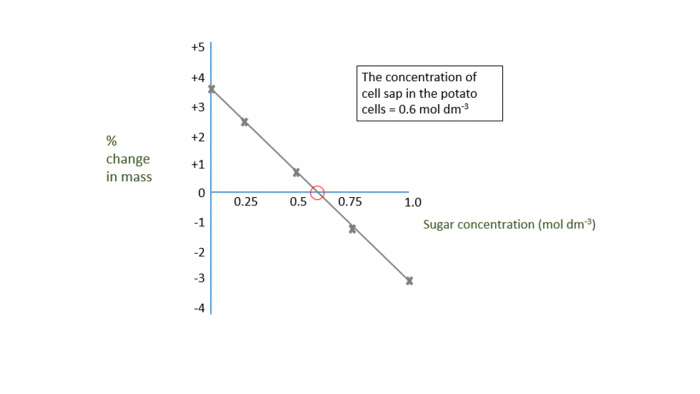