Identify and Interpret the Significant Points of a Quadratic Graph

In this worksheet, students will practise identifying the roots, vertices and intercepts of a quadratic graph.

All quadratic graphs have the same form - they look something like this: 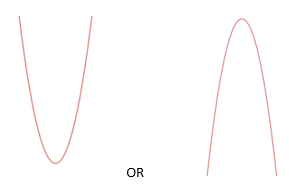 For all quadratic graphs, there are three things you need to be able to read from the graph: the roots, the vertex and the y-intercept.

These can be found at the following places: 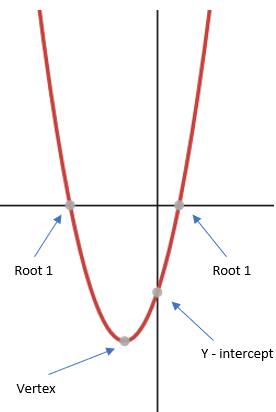 The roots occur where the graph crosses (or touches) the x-axis. You need to remember that for a quadratic, there could be either two roots(as in the example), one root (if the graph just touches the x-axis) or even zero roots (if the graph is above the x-axis).

The intercept occurs where the graph crosses the y–axis.

The vertex, also called the turning point, is the lowest (or highest if the quadratic is negative) value of the graph.

Find the significant points on this quadratic graph: 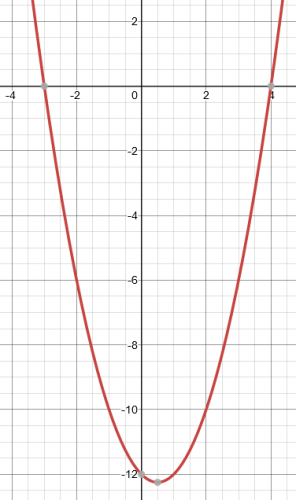 This is just a case of reading them off the graph.

The vertex is a little harder to read as it isn’t exactly on a point. When you get this situation, remember that you will get some leeway.