In this worksheet, students will learn the structures of graphene and fullerenes, and why they are useful.

In nature, carbon normally forms diamond or graphite. In the last few years, scientists have made other forms of carbon, with incredibly useful properties. One of them was discovered using a lump of graphite and a roll of sticky tape!

Remember that the graphite structure has sheets of carbon atoms, covalently bonded within the layers. 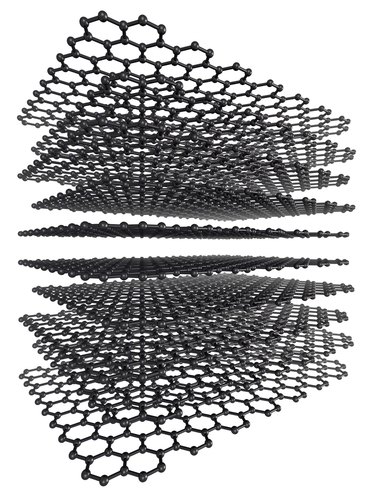 Eventually, Andrei Geim and Kostya Novoselov were able to get a layer of carbon atoms that was only one atom thick. This made a new material, with different properties, called graphene. The graphene structure looks like this: 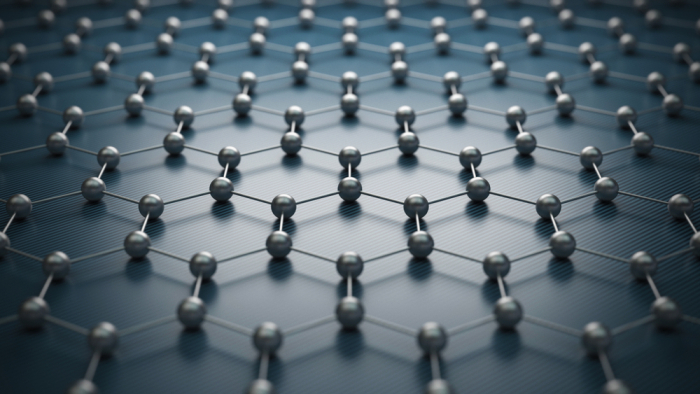 Scientists are still working out the properties of graphene and how to use it to make useful things. We know that graphene is extremely strong, that it stretches well and can conduct electricity.

Another idea is to use the small gaps in the structure to make a filter for cleaning dirty water.

Graphene is flat, but there are other carbon structures which are three dimensional.

Fullerenes are hollow shapes made of carbon atoms: 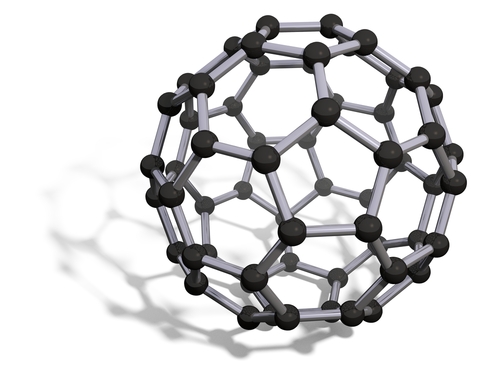 The picture above shows buckminsterfullerene. It's a ball shape, with a mixture of hexagonal and pentagonal rings. In total, there are 60 carbon atoms in the molecule. The round shape means that it can roll, so it's a good lubricant.

Other types of fullerene have cylindrical shapes - these are also called nanotubes. 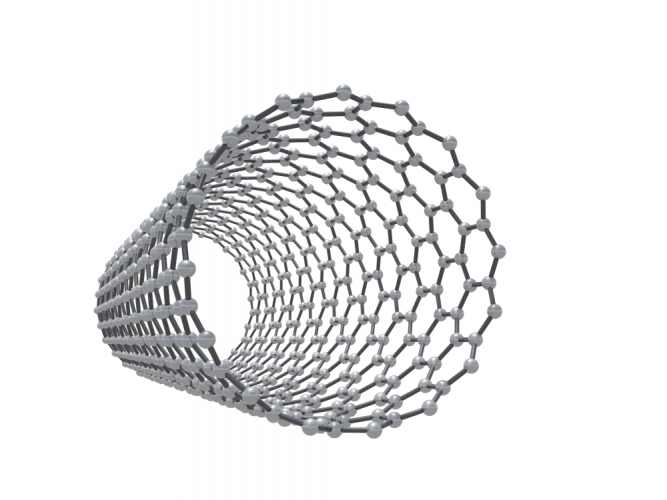 Nanotubes are very strong because they are based on C-C covalent bonds. They also conduct electricity and heat well. To understand why, remember that each carbon atom normally makes four bonds to other carbon atoms (look back at the structure of diamond). In the structures of graphene and fullerenes, there are only three fixed C-C bonds. The spare electron is more mobile, and is responsible for conduction.

Graphene and fullerenes are also useful as catalysts - they make other chemical reactions go faster. Firstly, they have a very large surface area, which makes chemical processes speed up. Also, the spare electrons in these structures make some reactions happen more easily.

Carbon is the basis for very many chemicals in nature and technology - the simple bonding patterns can be joined together in so many different ways. So many, in fact, that we haven't discovered all the possibilities, or how we can use them all.