In this worksheet, students will learn the difference between pure substances and mixtures (also called formulations). They will learn how to tell them apart, and how alloys are a specific type of mixture with useful properties.

Curriculum subtopic:   Purity, Formulations and Chromatography States of Matter How are Chemicals Separated and Tested for Purity? Purity and Separating Mixtures Methods of Separating and Purifying Substances Pure Substances and Mixtures

When chemists talk about something being 'pure', they don't necessarily mean that it is natural or healthy. So what do they mean? And what's the opposite of pure?

In chemistry, a pure substance is one where all the particles are chemically the same. This might be a pure element where all the atoms are the same: 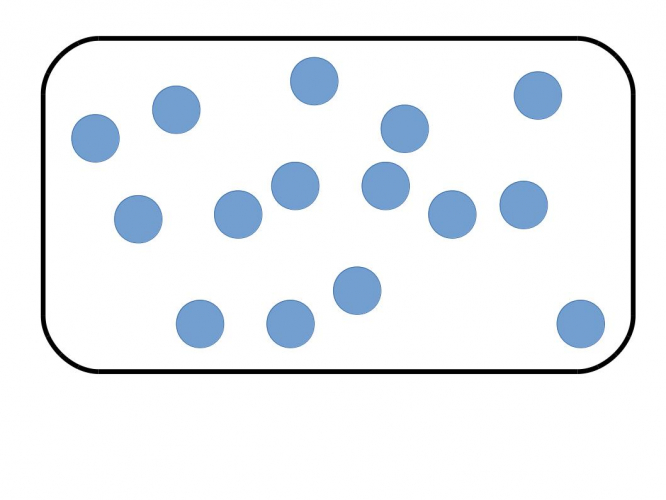 In the picture above, the circles represent atoms - all the atoms are the same, so the box contains a pure element.

We could also have a pure compound, where different atoms are joined together to make compounds with a definite composition: 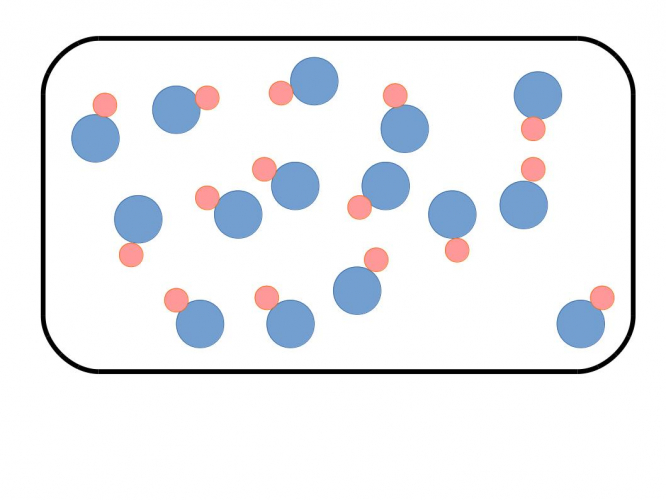 In the picture above, each particle has a blue circle and a pink circle. They represent different atoms, but they are chemically linked, so that each particle is the same.

In a mixture, not all particles are the same. The particle picture looks like this: 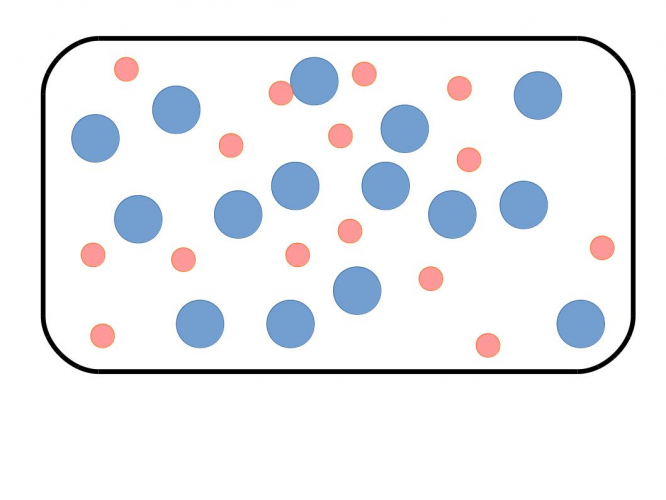 In this picture, the blue and pink atoms aren't chemically linked. Some of the particles are blue atoms and some are pink atoms. The other name for a mixture is a formulation.

How to tell if a substance is pure or a mixture

Alloys are mixtures based on metals - at least one of the elements in the mixture has to be a metal. Steel is an alloy of iron and carbon, while brass is an alloy of copper and zinc. Pure metals tend to be quite weak because they have flat layers in their structure which can slide over each other easily. Adding different atoms in a mixture disturbs these layers, so sliding can't happen as easily. This makes metal alloys stronger and harder than pure metals. Some alloys have other useful properties, such as being resistant to corrosion. 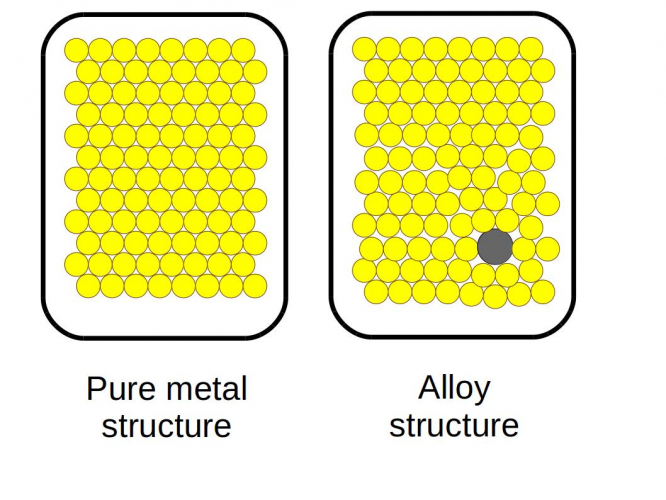